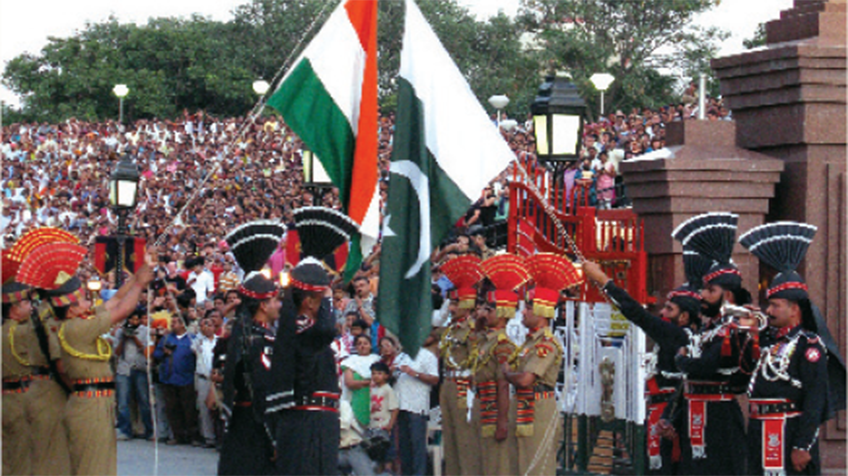 The small village of Wagah, most commonly referred to as the “Berlin Wall of Asia,” is a refreshing, vibrant and a promising symbol of harmony. Every evening, the only border crossing along the 1000 km frontier between India and Pakistan becomes the site of an extraordinary event. The famous closing ritual involves border guards on both sides orchestrating a parade to lower the flags. It may appear slightly aggressive and even hostile to foreigners, but it really is just grand entertainment for the crowds with grand stands being built on both sides. Thousands of people gather to witness the ritual and afterwards the masses move as close to the gate as possible to greet their former friends and acquaintances—their neighbors until the 1947 partition of the country. Patriotic crowds on either side cheer their country’s soldiers as they perform official exercises with formal precision and colorful dynamism, revealing more similarities than differences between the two nations. The film looks through the eyes of three children who sell DVDs of the parade to the onlookers. With a dream of crossing the border they remain quite unmoved by all the ‘patriotic’ madness around them. Coming from a refugee family, director Sen could never accept borders that prevented him from going back home, his roots. He talks about the ongoing conflicts that still bleed the hearts of refugees, and tries to blur the border through cinema.