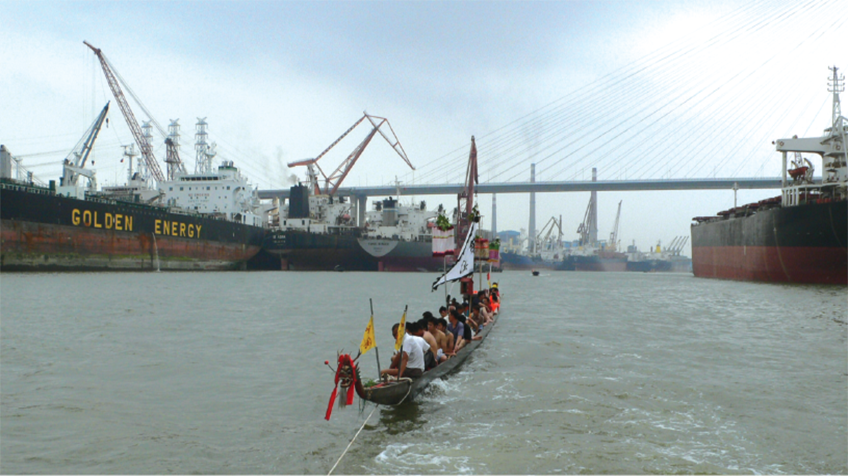 Every year, on Lianzi Island in southern China, a racing competition between ‘Dragon Boats’ is held. This race boasts a long history over 2,000 years, and is the single biggest event that welcomes all islanders. This beautiful tradition, which aims to bring people together rather than focus on the competition, stands on the verge of destruction, as the island itself falls victim to the mad current of development projects sweeping this modern society. In 2003, a new university town was established nearby in Guangzhou, and re-development of the whole island followed. It meant the residents had to relocate to different places. Although the village has been turned into a urban district and their homes into a folk village resort, the people of Lianzi gather themselves once more with one purpose: to keep their tradition of Dragon Boat racing alive. They share a sense of emergency that, despite the economic wealth brought by urbanization and modernization, these trends will destroy their link with tradition, which in turn will cause panic in people's minds, and total collapse of the community. As one of the villagers tells us, harmony and solidarity among the islanders are the key to a good Dragon Boat race. That comment shows us that Chinese society today, which stands on the threshold of urbanization and globalization, is in a desperate fight to defend their traditions, so that they can preserve their human-centered communal culture. (HUH Eun-kwang)