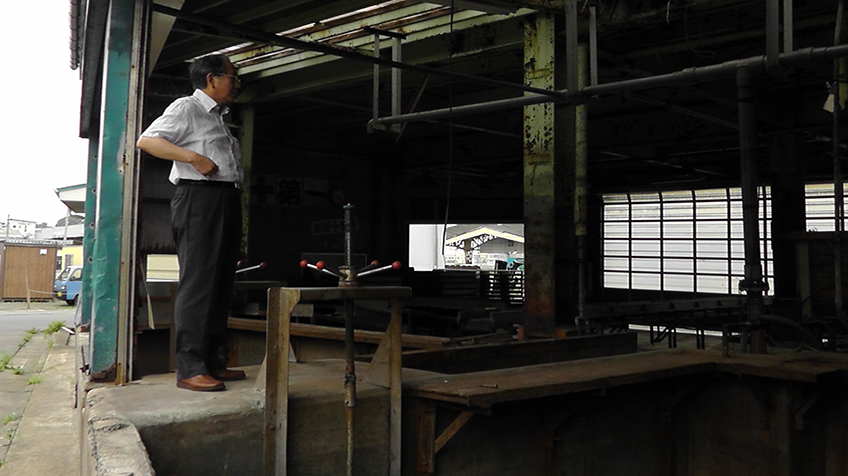 The Meaning of Life

The Meaning of Life is the graduation ﬁlm of Chikako Shimamori who is a ﬁlm student at Kyoto University of Art and Design where I am teaching. Compared to more experienced documentary ﬁlmmakers’ works, this ﬁlm has its cinematic shortcomings, yet with hopes that as many Korean audience will have the chance to see it, I recommended it to DMZ Docs. This is a ﬁlm about the March 11th Great Eastern Japan Earthquake that hit in 2011. This tragic nature’s disaster which raised serious concern from all parts of the world including Korea swallowed the ﬁlmmaker’s hometown of Hachinohe City, Aomori Prefecture. Fortunately, her house and her family survived, but her father’s processed marine product family business was severely affected. Accordingly her 63-year-old father had to make desperate attempts to save the company which this piece tells through the eyes of the ﬁlmmaker. The aftermath of the earthquake gave birth to a number of disaster documentaries that regrettably fail to go beyond simple news reports. Most of these works presented the horriﬁc scenes left behind by the tsunami or interviews of victims of the disaster, but few attempted to go into the minds and hearts of those deeply affected by such nature’s attack. These ﬁlms may have been technically impressive but lacking in depth. The ﬁlmmaker’s camera follows her father in The Meaning of Life and captures the images of him with his employees. And as it does, the ﬁlm examines the secondary damage of ‘business crisis’ caused by natural disaster, but also presents a warm self-reﬂection on the meaning of ‘family.’ (TERAWAKI Ken)