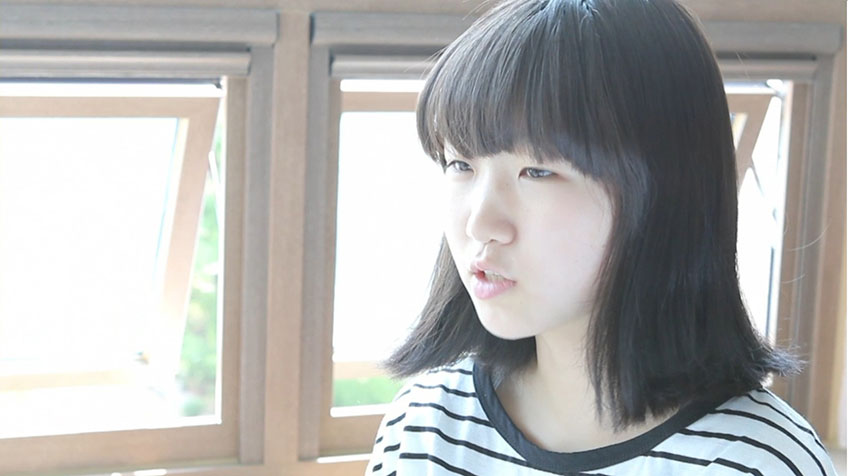 “I was scared.”, “I was too embarrassed and I just couldn’t…” The ﬂushed faces of the girls who sit before the camera show how long they must have contemplated before sitting here. The horrifying incidents that forced themselves into their lives must have become attached to the girls’ bodies and minds even before they learned the ‘words’ rape or molestation. As the statistics stated in the ﬁlm show, many kinds of sex crimes occur in Korea, which is called a paradise for rape, but many are simply covered up. This is not surprising since a strict patriarchal system and Confucian culture are deeply rooted in this society, so victims of sex crimes are burdened with the guilt of ‘having not behaved properly’ as well as face humiliation and shame. This is why their voices that carefully but ﬁrmly talk about memories tucked away somewhere deep are important. A public disclosure of a disturbing secret that had been sealed for a long time expands into an experience of conﬁrming that a certain man or an older boy in the neighborhood is the one to blame and not myself as well as being comforted. The camera which shows the faces of those who have broken down the wall of prejudice and the reenactments of their memories are rough around the edges but warm and are big virtues of this short ﬁlm. The ﬁlm applauds the girls who took a very difﬁcult step and ‘confesses’ that I, too, now have the courage to live more bravely in this violent world, thanks to their courage. (KIM Ha-na)