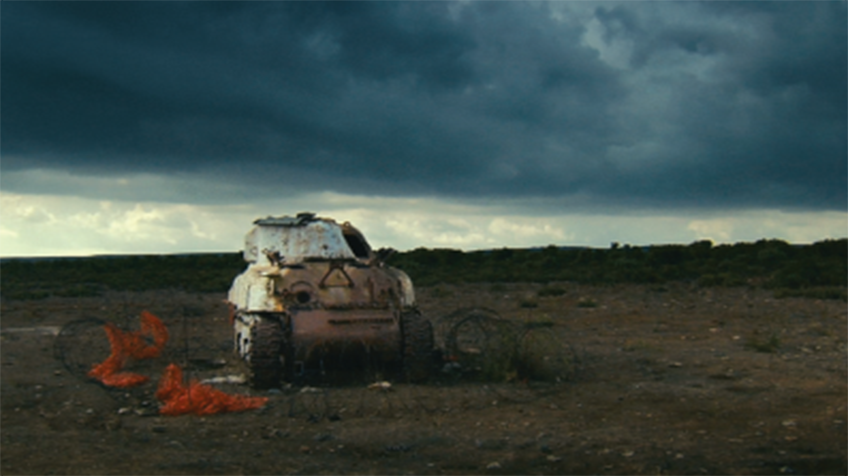 Dark Matter tells the story of a war zone in peacetime. The film location is the Salto di Quirra test range where governments around the world have tested new weapons and where the Italian government has carried out controlled explosions of old weapon stocks. Within this context the film comprises three movements; the investigation of a geologist who attempts to trace the pollution caused by military experiments; searching through the film archives of the test range to weapons and explosives; describing the work of two farmers, father and son, and their relationship with the land.