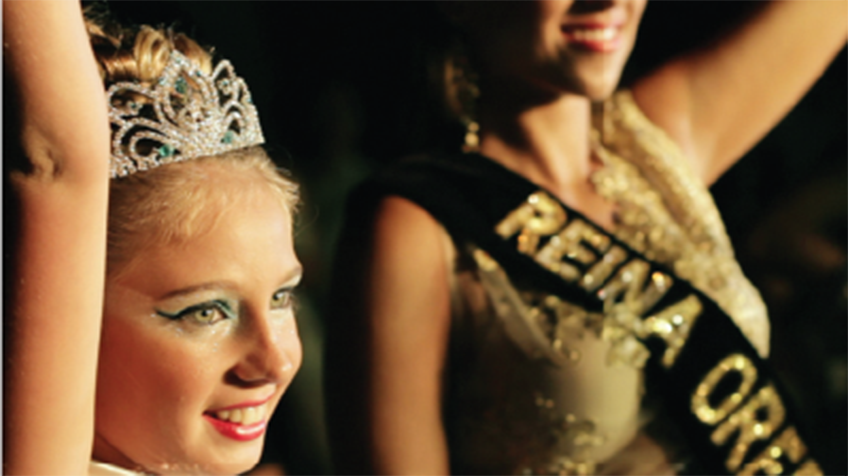 “Her crown is so heavy, they had to remove weight from it. She couldn’t carry it. It would fall off her head. But now she doesn’t want anything else to be done with it because she looks so pretty.” Lost in a world of grown-ups and trapped in her routine, Memi is torn between the glamour of the beauty pageant and her family’s pressure to become the queen of the carnival.