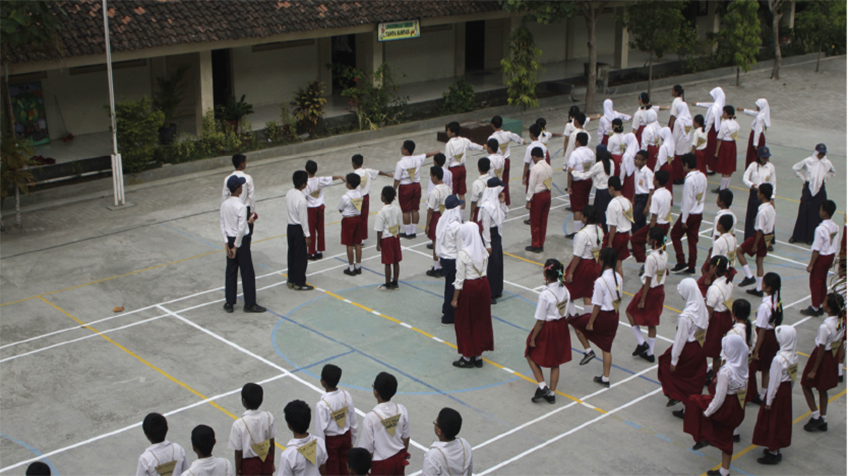 The purpose of education is to teach one how to think rather than what to think – although we often get confused about this. Die Before Blossom is an observational documentary about a young Muslim girl’s coming of age. The camera follows the girl for a period of two years as she graduates from the public elementary school and enters middle school. In Indonesia’s conservative, Islamic culture, education is geared towards actively promoting the values and ideas of what it means to be a Muslim. For Indonesian students, being raised to become “decent human beings”, their foremost priority is to learn religious piety and patriotism physically through regulations. Without presenting judgments or prejudiced views, the film chronicles honest responses to their educational system. There are questions raised and cracks glimpsed within what is conceived as normal. What is more interesting is the way the system naturally oppresses them. Watching how the children remain bright and innocent in spite of all this, we are led to ponder on the essence of education in reverse. (SONG Kyoung-won)