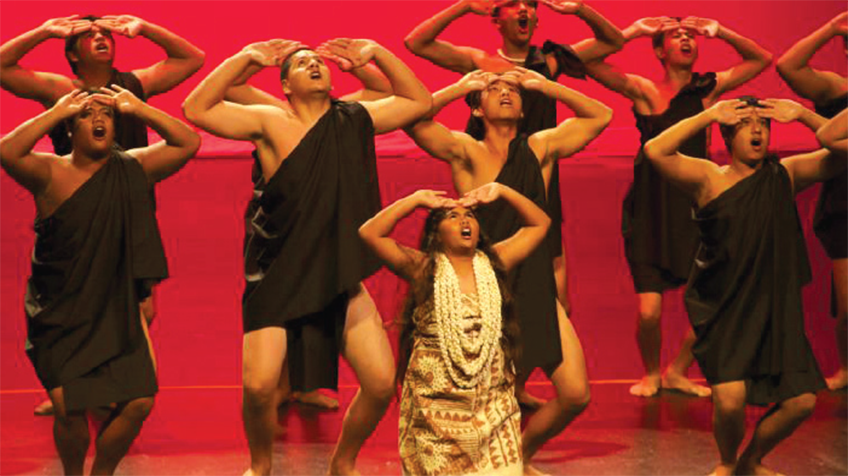 A Place in the Middle

In Hawaii, the third gender, or the gender in ‘A Place in the Middle’ is accepted. Those who are called ‘Mahu’ are not ostracized or detested in Hawaiian tradition. Saying she is neither a man or a woman but just ‘I’, the 11-year-old girl, Ho’onani tries to be the leader of hula performance, which is exclusively for boys. The film shows Hawaiian traditional culture embracing gender diversity as well as Aloha spirit. ‘Aloha’, the Hawaiian greeting word literally means love, respect and unity. Aloha spirit is associated with Hawaiian tradition that acknowledges and embraces the third gender. A Place in the Middle deals with many different values through the daring character who accepts her third-gendered self as it is and her school life. It is pleasing to see this confident character especially when we are living in the society pervaded with Misogyny and discrimination against sexual minority where the expression ‘extreme hatred’ has become the buzzwords. (PARK Hye-mi)