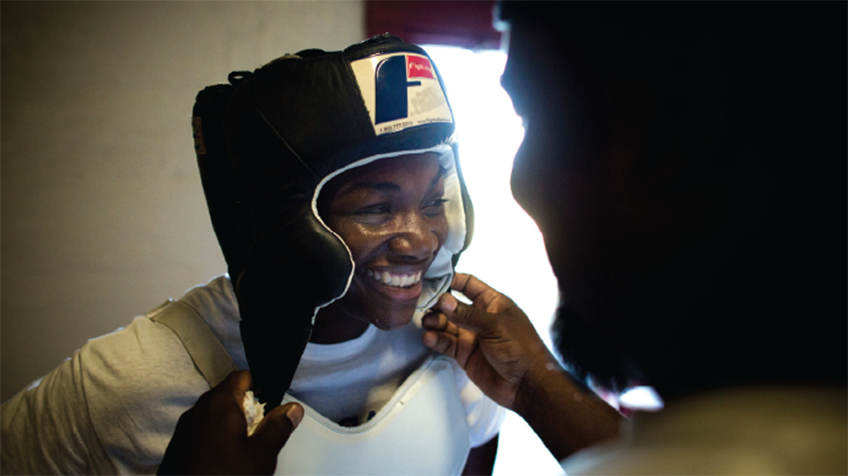 In the 2012 London Olympics, women’s boxing is included for the first time in Olympic history. A 17 year old girl Claressa “T-Rex” Shields competes for the Olympic gold medal. Although young, she has a perfect winning record. Claressa is from Flint, Michigan where unemployment and homicide rates are high. Her mother living with a troublesome step-father while her biological father is incarcerated for majority of her life, Claressa turns to boxing to relieve her complex emotions. The clips of her training sessions are shown throughout the entire film, and they depict how boxing plays a crucial role in her life. Just like the story of Million Dollar Baby, she persuades her coach who did not approve of women’s boxing with her passion and talent. This film consists of footage of Claressa preparing for and competing in the Olympics along with interviews of her closest friends and family. In the film, Clarassa says that she realized her dream and she no longer knows what other dream to pursue. We all find ourselves asking what her future holds. (PARK Jun-ho)