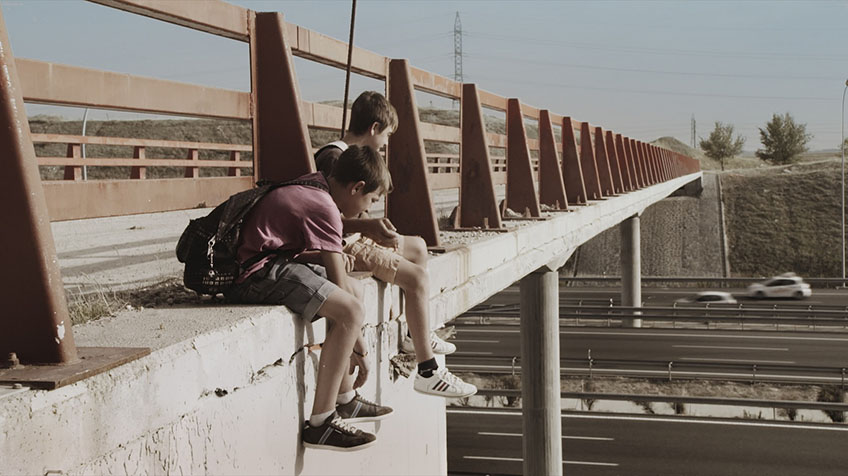 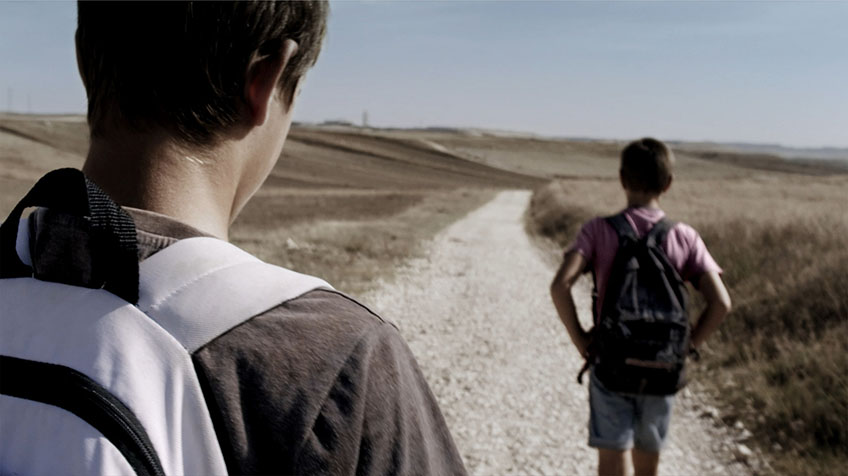 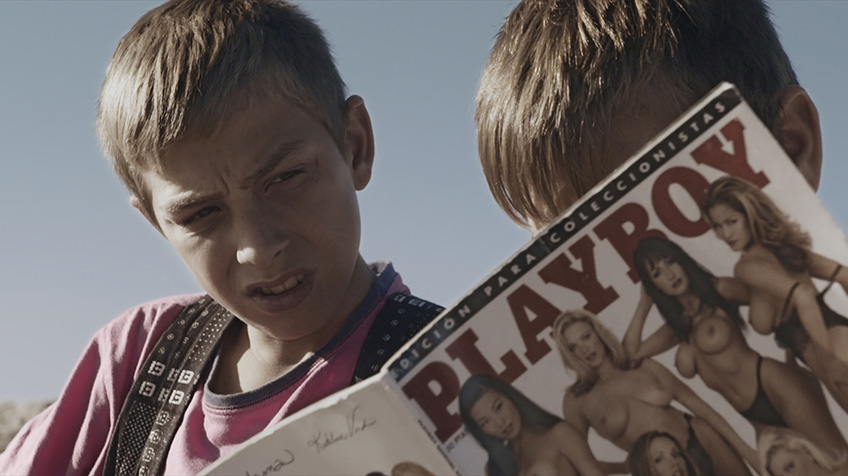 Two young brothers wander around in a big empty world without a clear destination. As society rages on around them at only a few yards distance, it couldn’t seem farther away. Together they try to escape reality, but how do you relate to an undeniable world that you don’t seem to be part of?

Two young boys carrying bags on their back wander around in a big empty land. The film keeps focusing on a vast area of the environment where the brother is placed, their play which is meaningless and soon to be boring and their faces and gestures. Viewers have no clue where the brother is and why they are wandering even after watching the whole film. Instead of suggesting the social problem and its backgrounds in an explicit way, this documentary takes a different direction. It looks like a road movie capturing people alienated and helpless in a vast desert or in the wilderness. The huge wild land seems to represent the social system leaving the boys alone without any help. The film tries to deliver what it wants to say using an indirect method – a poetic and emotional framing. By sunset, the brothers come home and sleep. Their faces look exhaustive. The answer about why they have to spend meaningless time on the road until they can get a rest, is given by the two phrases shown at the end of the film. The social indifference to the poor education system forces them to walk for so long and to wander around; it takes 3 hours for the brothers to get to/from school on foot and this long trip is worth taking for the brother’s future, but at the same time, it exhaust them every day. The title of the film, I'll Fly Higher which sounds ironical, is a voice and dream from the boys and represents the director’s wish. [Lim Sea-eun]