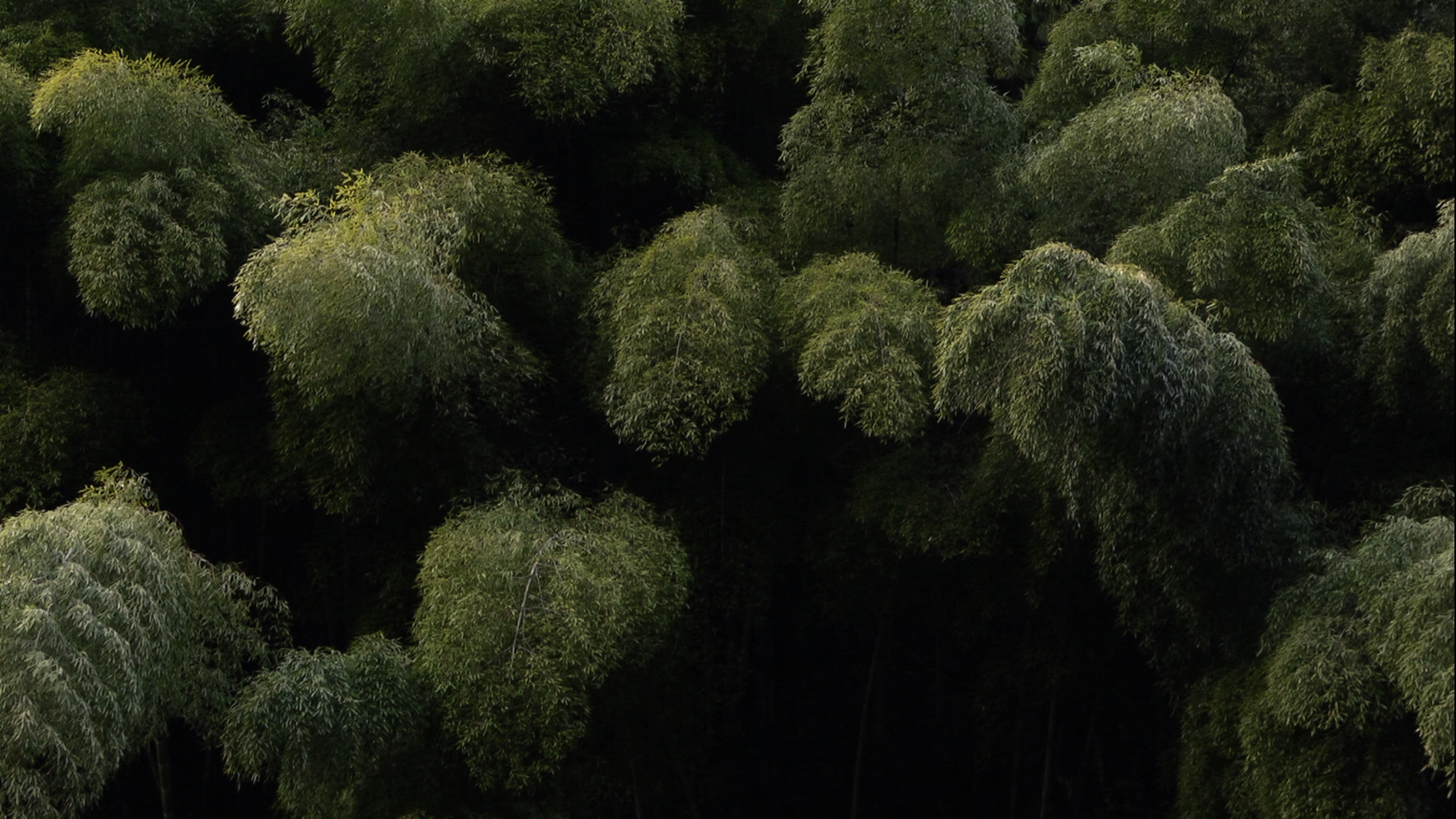 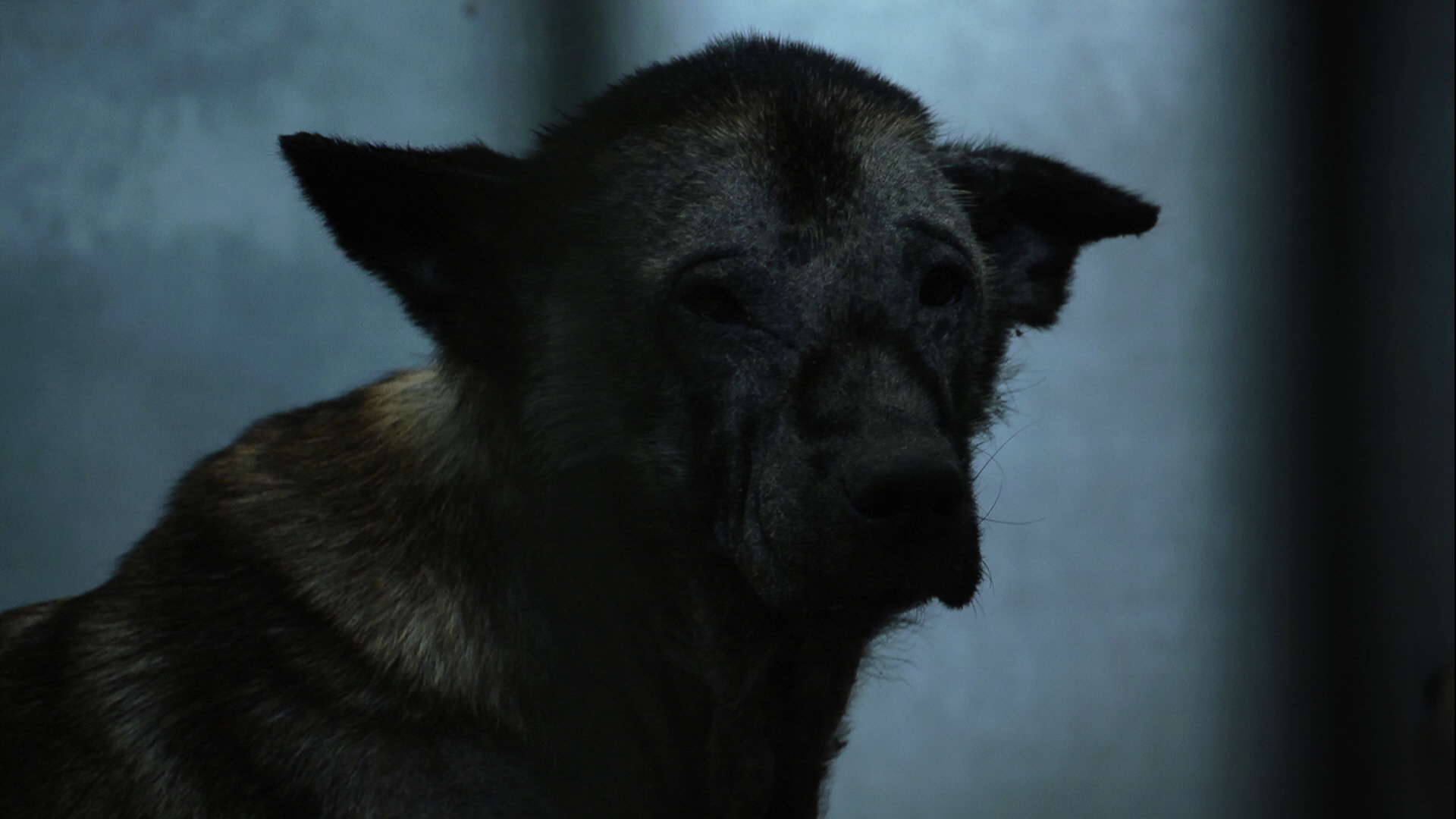 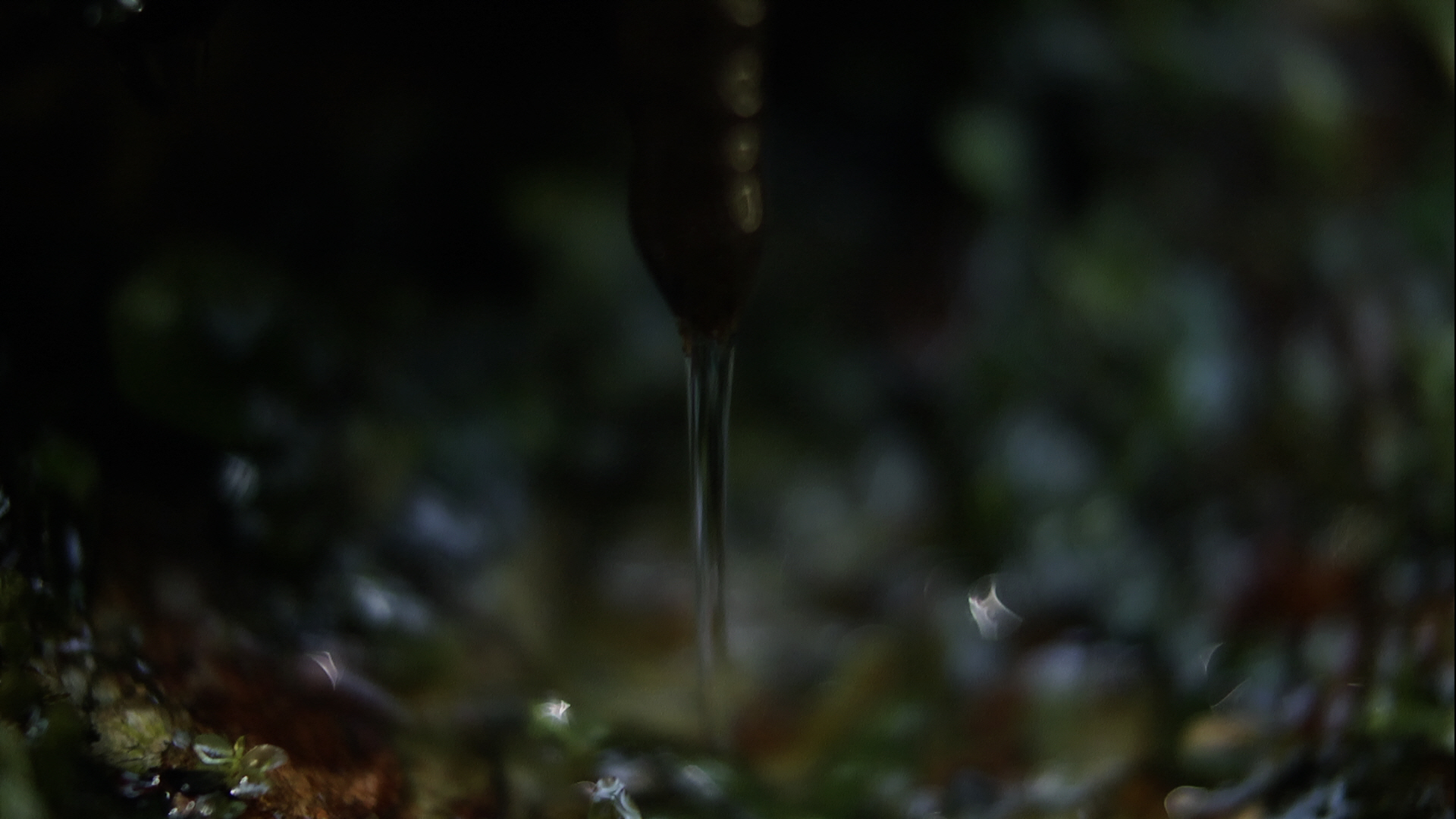 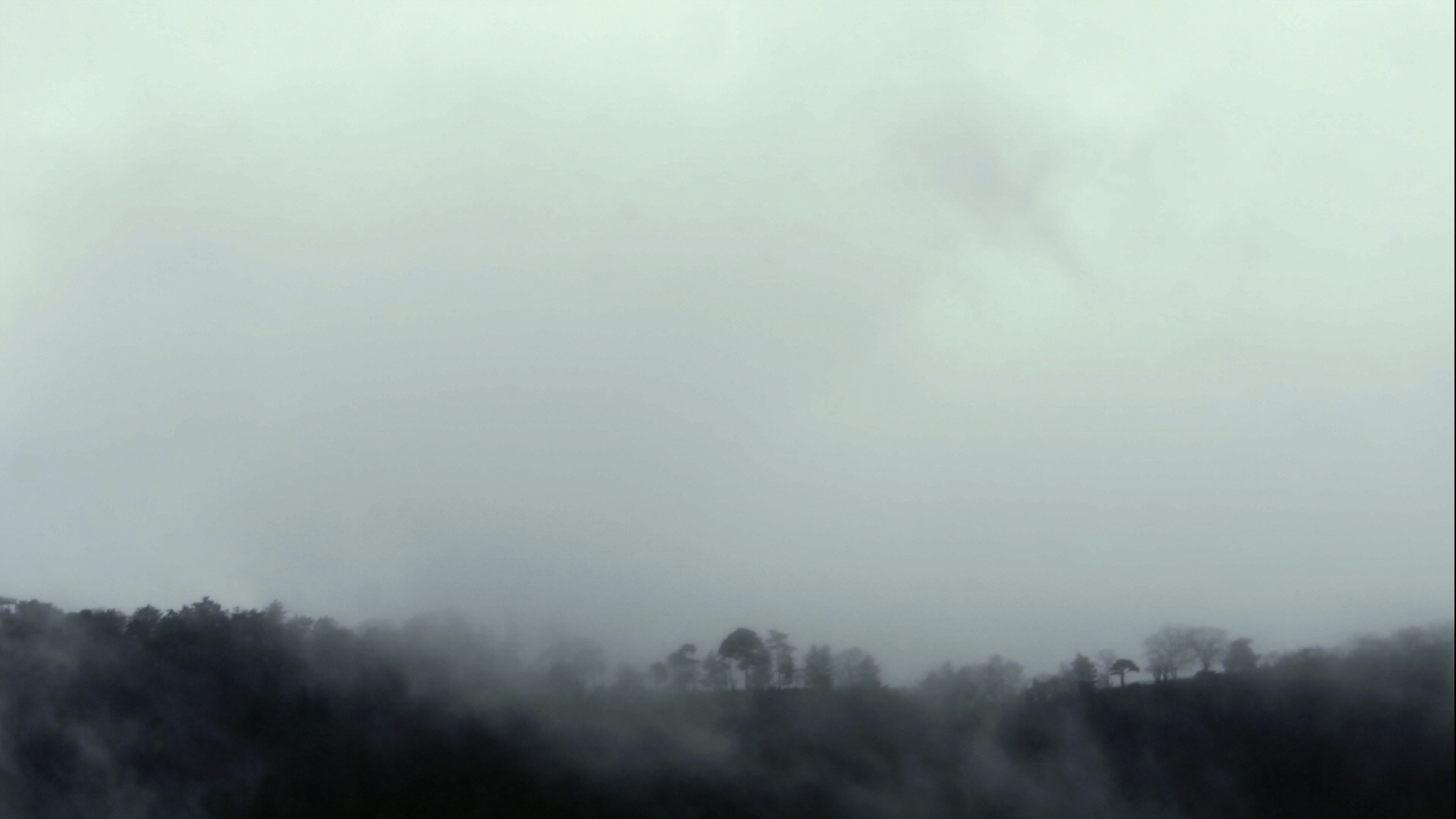 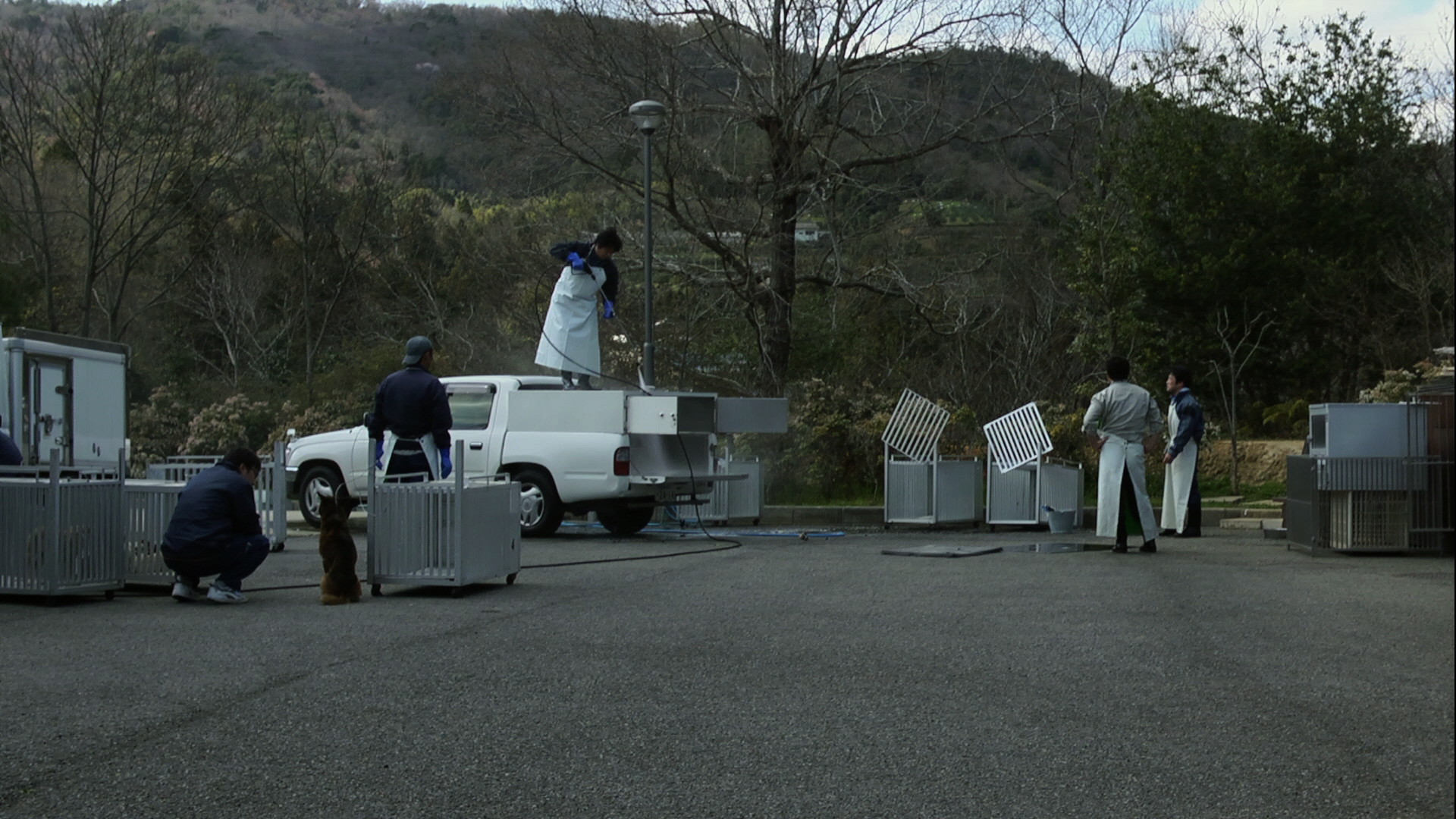 At a building in the midst of mysterious Japanese woods, a delivery of cats and dogs takes place. Some of them just seem to be killing time, others enter the Dream Box.

It seems to be a mysterious island or a gigantic forest in Japan. A thick mist-somewhat sacred and perhaps even spiritual-is covering and coiling itself around the mountaintop. The film does not tell us where this place is. It rather shows us what is happening in this place, little by little. People in working clothes spray water and cleanse the great and small moving cages. What are they used for? Who are these people? The film gradually lets us know. Once the camera steps into a building in the calm forest, cats and dogs in an array of cages whine as if they are frightened. Those who do not whine are soundless with a vacant look. Someone seems to anesthetize and give first aid to these cats and dogs. When it is about time, one realizes that this is a site of euthanasia, not a common veterinary clinic or a farm and the CCTV screen with black and white scanning lines capturing the interior of the building appear more often. The passing of the cats and dogs are captured in it as well. They collapse against the floor whenever a gas is pumped into the closed cages. The name of those cages is the title of this film, “Dream Box.” Almost none human voices can be heard during the screening. The indifferent, or even merciless building is there while the images of the CCTV and the view of the scenary occasionally intersect. This film does not make fierce comments and instead, objectively mediates on the topic of life and death. [Jung Han-Seok]