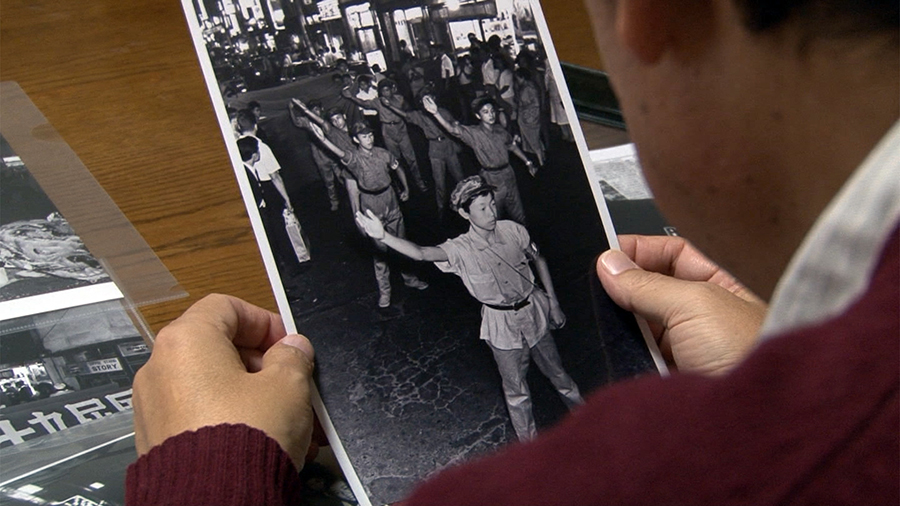 A new confrontation rose in East Asia soon after the defeat of Japanese imperialism, when people expected a liberated life free from colonial oppression. The clash between communism and capitalism brought armed conflict, and resulted in a large number of casualties in Asian countries. Within Japan, where US carpet bombing and the nuclear attacks had annihilated major cities, this divide created a 'cleft' in the unity of Chinese residents. This documentary is set in Japan’s largest Chinatown in Yokohama, which originates in the late 19th Century at the start of Japan’s modernization. The film focuses on a teacher at a Chinese school after the war. Ryuta Hayashi, the director of this film, is the son of a student who attended that school. Half a century on, this community is, like the Korean Peninsula, moving towards reconciliation and mutual respect. [TAKAHARU Yasuoka]