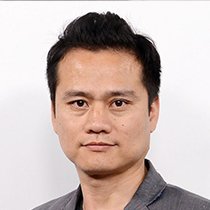 Ra Jegy is a film journalist since 1999. He built his career working as a cultural journalist, the Deputy manager of the cultural affairs team, the chief manager of the entertainment office and as the Editor-in-Chief in the Korea Times. He now writes two columns, Ra Jegy & Shot, and Rajegi’s Cinematic. He graduated from Sussex University with a MFA degree in Film studies. He’s also the writer of "Films that pose questions". 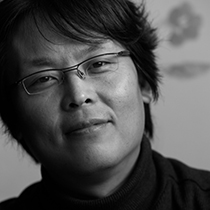 Min Byung-hun graduated from VGIK. With The Flight of the Bee (1998), Let’s Not Cry (2001), Pruning the Grapevine (2007) , he won at Torino Film Festival, Karlovy Vary International Film Festival, and Thessaloniki International Film Festival. Touch (2013) was chosen as the Movie of the Year by the Korean Film Archive and won many awards. He is now working on Promise which is a human documentary project based in Jeju Island, after completing the trilogy about life, The Emperor (2018), Miracle (2020), and Phantom (2021). 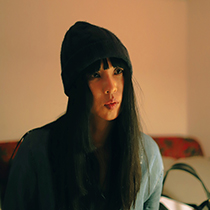 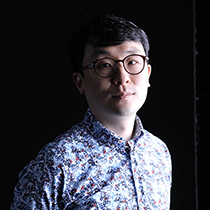 Emmanuel Moonchil Park is a documentary director. His features My Place (2013), Blue Butterfly Effect (2017), Queer053 (2019), Comfort (2020)  played in Hot Docs in Canada, DMZ Docs, Jeonju IFF and more. He continues his career discussing the topics of the individual’s role in a society and vice versa. 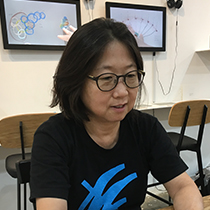 Lee Soojung graduated from KAFA. She participated in the Democratic Independent Film Movement in the late 80s and continued her career as a TV and feature film producer in the 90s. Since her first documentary feature Jinsuk & Me (2012), she has directed and produced numerous independent films about the relationships of labor, money and art. Sister J (2020) won Mecenat Award at Busan International Film Festival and Special Film Committee Award at Seoul Independent Film Festival. 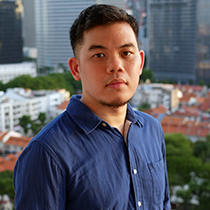 Thong Kay Wee is a cultural worker and moving image curator based in Singapore. He is currently the Programme Director at the Singapore International Film Festival (SGIFF), where he is responsible for the festival’s overall programming strategy. He was previously the Programmes and Outreach Officer at the Asian Film Archive (AFA) from 2014 to 2021, in charge of overseeing partnerships and AFA’s regular film programmes at its new dedicated cinematheque since 2019. 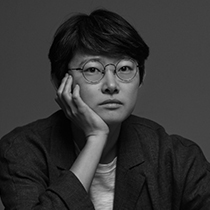 Kangyu Garam was the assistant director and a distributor for the feature film documentary The Girl Princes (2012). The director won the 3rd DMZ Docs Award for her film My Father’s House (2011). She also won at Wildflower Film Awards Korea for her feature Itaewon (2016). Candle Wave Feminists (2017) follows feminist movement during the impeachment of the previous Korean president Park Keunhye. In 2019, Us, Day by Day  received an award in SIWFF. She is continuing her work on transition of women’s space and history. 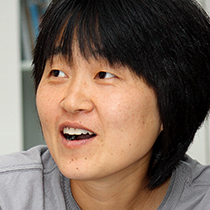 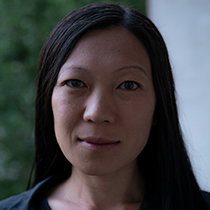 Jane Jin Kaisen is a visual artist, experimental filmmaker, and Professor at the School of Media Arts, the Royal Danish Academy of Fine Arts. She is known for her visually striking, multilayered, performative, poetic, and multi-voiced feminist works through which past and present are brought into relation. Kaisen represented Korea at the 58th Venice Biennale in 2019 with the film installation Community of Parting (2019). 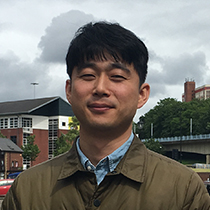 Kim Jung-in studied documentary in both undergraduate and graduate programs at the Korea National University of Arts, School of Film, TV & Multimedia. He also worked on official development assistance (ODA) and international development-related projects at World Vision for five years. He has produced films including Heavenly Salmon (2009), Dearest, Hanok Village (2016), and A Long Way to School (2020). 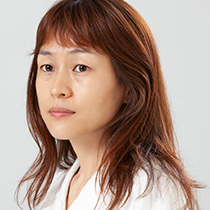 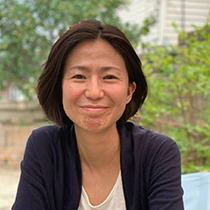 Born in Busan, Ahn Sohyun participated as a continuity supervisor for My Own Breathing (1999), Ardor (2002), and Flying Boys (2004). She also worked in the marketing and planning departments of film companies, and since 2015, she has been working for Indie Space, the first independent film theater in Korea. 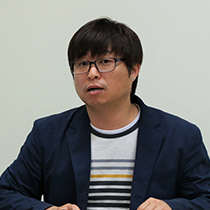 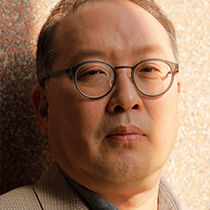 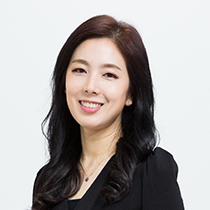 Youn Sung-eun is a film critic. She started working professionally after finishing the Film Studies Ph.D. program at Hanyang University in 2010 and winning the new Film Critic Award the following year. She has met filmmakers and audiences through various mediums, TV, newspapers and magazines. She co-wrote "Understanding Videos," “Story, Be the Transformer," and "Tale of Three Cities". She started a new production studio BokCheung Entertainment in 2020. 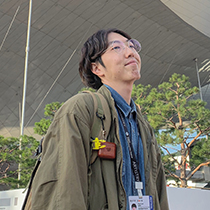 After studying visual arts at university, he directed the feature documentary Dear, My family  (2017). He was also involved in filming and assistant directing of The Pregnant Tree and the Goblin (2019) and is currently working as a cinematographer at a film production site. 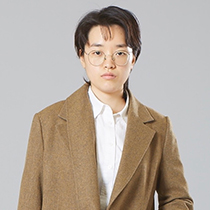 She completed the 3rd and 4th DMZ Youth Documentary Production Workshop. Her Start Point (2014) was invited to the youth competition section of the 7th DMZ Docs and won the grand prize.