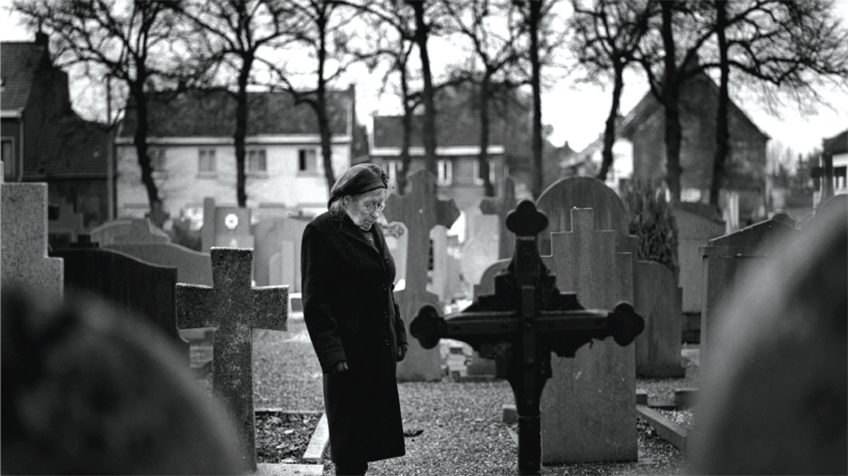 An Angel in Doel

The small village of Doel located near the port city of Antwerp in Belgium is at risk of fading into history due to Antwerp’s 20-year pier expansion project. Residents have been moving out of their hometown one after the other with only a few elderly villagers now remaining. But they too are planning to leave the city soon - except for Father Verstraete and the elderly Emilienne who are determined to spend their last days in Doel. Emilienne visits the mayor who reassures her she has another five or six years, but this turns out to be an empty promise made by a shallow politician. To make matters worse, Father Verstraete’s death pushes Emilienne’s close friends to finally abandon the village, and partial demolition starts as walls begin to be covered with graffiti. Shot in black and white, the film highlights the emptiness and loneliness of a community’s downfall enforced in the name of ‘development’. Liveliness no longer exists in Doel, now transformed into a ghost town. Inspired by a short account of Doel’s fate in a newspaper, Dutch filmmaker Tom Fassaert unassumingly introduces images covering the course of six years, from the village gravesite where Emilienne’s husband is laid and her rigid neighbors to scenes of disputes she has with her children at the dining table. Before its demise, Doel finally descends to the status of a tourist attraction for outsiders. And as the film ends, the director never shows what eventually happens to Emilienne. Perhaps this might have been out of dread of disclosing the story’s final aftermath, or perhaps out of hope for a different Doel that continues on in another place. (CHUN Jin-su)