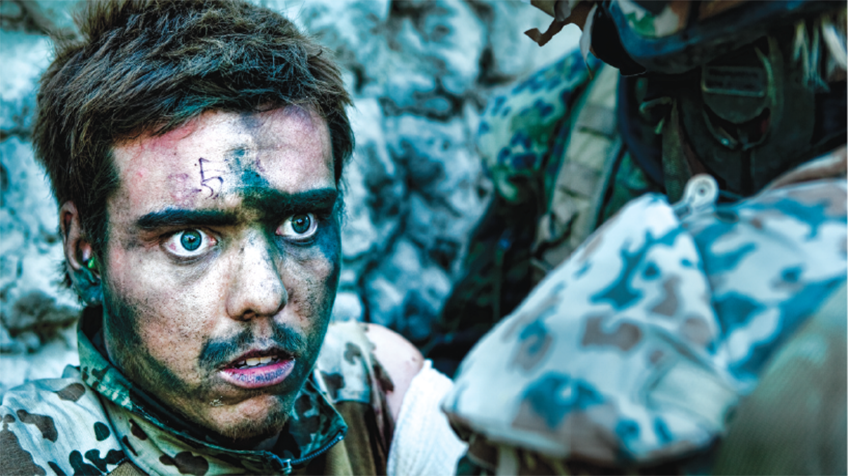 The picture seems so washed out that it looks bluish. It implies the mood of the entire movie, i.e., a dreamlike melancholy estranged from reality. A real battlefield is probably just the same. To the young men, the Afghan war promises adventure and challenge, not unlike a soccer match. Still, the fact that they voluntarily enlisted to fight is incomprehensible to their mothers. The young soldiers seem excited despite their families’ broken hearts. However, the reckless young men soon realize how different the real battlefield is from their expectation. They face the cynicism and contempt of the locals, casualties and lurking death. Now, the barrier between life and death becomes more tangible. Dry, blue nights on the desert reflect the dark reality. Flares flying across the night sky die out and a motorbike runs aimlessly in circles on a military training ground as if it is looking for an exit. Then again, bombing the enemy when it is spotted through the real time satellite video is like a playing a video game and not that different from the joy of watching porn; they are already addicted to it. Whether they get a medical discharge or complete their enlistment, they try to return to fight again. The young men’s fantasy on war is darker than we imagined and their memory can’t be taken back. That’s what war is all about. Armadillo is one of the most well told war stories in any cinematic medium. (KANG Seokpil)