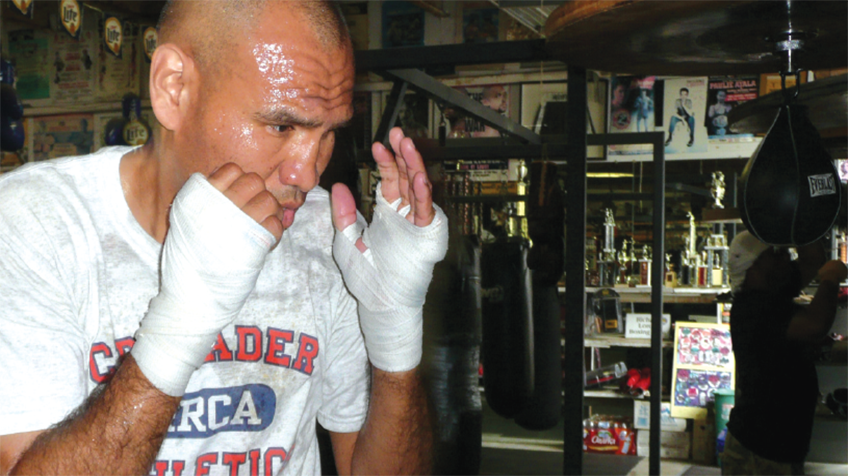 In Boxing Gym, we don’t hear narration. Nor are we given chronological explanations. The film only shows people training in a boxing gym, run by Richard Lord, a retired professional boxer. The closest thing this film has to a main character is Lord himself, but even he does not reveal much about his life, except to allow us a glimpse into his expertise as he trains his fighters. In Boxing Gym, the space inside and outside the gym, and the people in it, are all main characters. Their lives repeat themselves day by day, leaving their traces behind, but each person shows a different attitude towards what they do. Some aspire to be professional boxers, others are overweight middle-aged men. Some amateurs approach boxing with the seriousness of an ascetic monk. Frederick Wiseman only skims the surface of the people who come to the gym from different backgrounds and for different reasons. Although we hear some talk between Lord and his students or between the trainees, they are not weaved into a coherent story line. One theme that permeates this story-wise minimalism is a sort of professionalism. In every scene Wiseman chose to include in the film, we see people training with great zeal. There is no distinction between enjoying the exercise and losing oneself in it. In these scenes, they are all trained as professional boxers. That sort of immersion and dedication to the sport of boxing is what Boxing Gym leave us with. I don’t want to give this film a clichéd critique, such as ‘it reveals various aspects of the American dream’. By focusing on the dedication of the people who stand as living proof of the oneness of training and enjoyment, this film presents the boxing gym as a secular monastery. (KIM Young-jin)