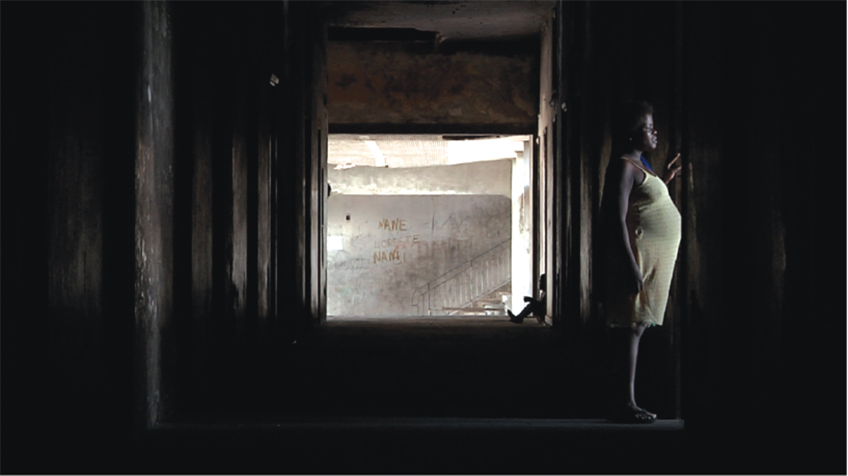 The Grande Hotel is located along the coast of Mozambique, extravagantly built during the Portuguese colonial period but now transformed into ruins inhabited by the homeless. The film starts with a long tracking shot of the great but shabby exterior of the hotel, accompanied by a voiceover that explains the heyday of its past. Sounds from the hotel’s past and present as well as present day images show how these two periods coexist yet clash. And similar contrasts are suggested throughout the film in a series of conflicting sounds and images set against each other, juxtaposing past wealth and present poverty, luxurious memories and daily life in the ruins, and interior montages and exterior long takes. And finally, the past and present physically meet through Moises, a hotel resident for the past eight years as he visits the room where his father had stayed years ago. Whether this encounter was necessary or not, the film refuses to portray the hotel as a delusional remnant of colonial times, history and memory, and reveals its true identity as a place where the lives of 2,500 homeless people go on. (LEE Seung-min)