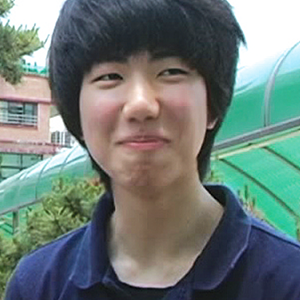 Going to an obstetrician is not a big deal, but what if you saw one of your friends go there? You’d probably think she has been ‘knocked up’. And a lot of teenagers don’t have enough knowledge about contraception, even though they think getting pregnant would be a nightmare. The directors became curious: what is wrong with these teenagers’ sexuality? So they set out on an investigation of their own. They visit convenience stores to buy condoms and interview Ms. Ku Seong-ae, a famons specialist in sex education. They sift through statistics and observe sex education classes. In their investigation, the directors uncover several uncomfortable truths: that teenagers are locked into a conservative sex-culture; that they are being given superficial, meaningless sex education; and that they familiarize themselves with sex by watching porn. Through these facts, the directors came to see society’s double standard for sexuality, and its pretentious attitude toward sex. In the end, this film turns out to be an insolent(!) question that reveals the insolent(!) attitude of the grown-ups, who explain that ‘beautiful encounter’ with ‘flowers and bees’. (KANG Seol-hwa)