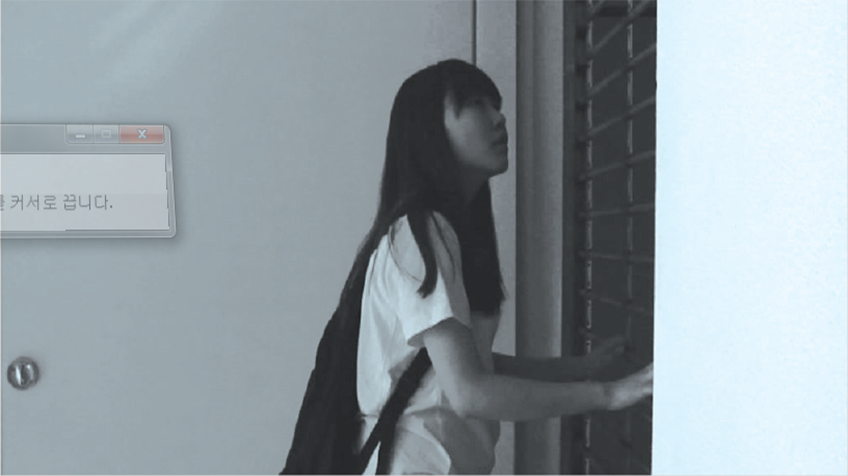 Someday, regardless of the level of its artistic achievement, invokes a certain feeling in the viewer’s mind with its integral approach towards fellow highschool seniors. These seniors in the film are approaching the end of their 12-year school life; the inevitable pain the period brings is like walking up the infinite stairs in Escher’s paintings. Esher’s stairs were fictional ones, which made use of optical illusion, but the stairs this film describes are actual ones that more than 500,000 highschool seniors have to climb every day. Without a grand dream or an active spirit, they prepare for their college entrance only because they have to. Sometimes it gets so hard, but they can’t stop because they hear voices telling them that going back even one step means failure, and we hear their confessions about their selfishness they feel toward their classmates, who are also their rivals. When they say no one told them how to get down after they have reached the top, that poignant criticism pierces our hearts. What can this society and the grown-ups say to these students who have no illusions about their destination, having failed to teach them the joy of climbing and the comfort of walking down? (KANG Seol-hwa)