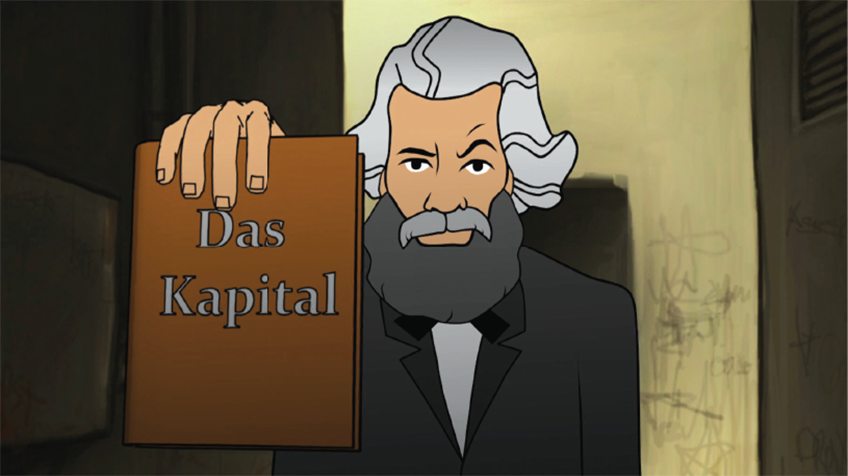 Marx Reloaded – whose title is a parody of the well-known Hollywood Blockbuster film The Matrix Reloaded – says it all. First, “Marx”. Marx Reloaded is not about the stuffed state-ideology of a Marxism which disappeared into the dark recesses of history twenty years ago. On the contrary, it is a cultural documentary that examines Marx’s ideas themselves and their relevance for a proper understanding of today’s capitalist system. And then “Reloaded”.

Recalling the U.S. subprime mortgage crisis in 2007 and the global financial crash in 2008-09, Marx Reloaded dares to revive the Marxist clichés: class struggle, ideology, exploitation, commodity fetishism, the idea of communism, and so on. Instead of accepting the crisis at face value, Marx Reloaded explores the strengths and weaknesses of such ideas through interviews with prominent critics of capitalism, many of whom like Slavoj Zˇ izˇ ek, Antonio Negri, John Gray and Peter Sloterdijk have quite different perspectives. In this way the film tries to reload Marx’s ideas with new meanings for understanding the economic, political and ecological crisis that capitalism is accused of having started. Once Marx was treated like a dead dog. Today Marx sells well as a cultural icon. Does this make the left’s job easier? Marx Reloaded tackles such a difficult question and asks, “Are Marx’s ideas still relevant for diagnosing and changing our capitalist reality?” Humoristic and thoughtful, the film leaves the ‘real’ answer to us.

Which pill will you take? Blue or Red? Yes, it really is us who decide! (LEE Jae-won)​