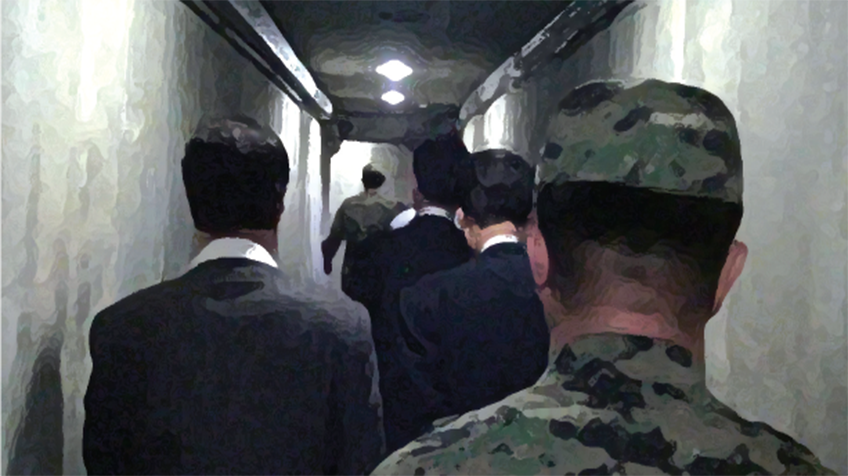 The Time of Lovelessness

The death of a soldier at Panmunjeom, the symbol of the division of the Korean Peninsula, still stands as an unsolved case. Was it death by suicide (as the official investigation team announced) or was he murdered? What is the truth?

Kim Hee-chul, who first dealt with this issue in his 2004 documentary The Gate of Truth, returns to the same case in The Time of Lovelessness. Nothing has changed except for the fact that the Presidential Truth Commission on Suspicious Deaths in the Military was established and put into action until it shifted its gears in 2008 with the change of regime and concluded that “the truth cannot be determined”. Although the case still exists as an unsolved mystery, the director claims it shouldn’t be narrowly viewed as the death of an individual but needs to be seen as a social issue. Accordingly he subtly overlaps the death of the late president Roh Moo-hyun whose attempt to make social change eventually pushed him to suicide over the death of First Lieutenant Kim Hoon, who was allegedly murdered by his subordinates while enforcing corrupt military practices. Here the director steps in front of the camera to voice his views accompanied by his own narration, even closing the film with a shout while pointing a gun at his head. Ultimately this film becomes a process of disclosing a tragic image of current Korean society and facing it despite its painful truth, as well as the director’s innermost confession. Whether this film will open doors to the truth behind First Lieutenant Kim’s death, no one knows. But hopefully it will help bring us into a time of love, not lovelessness. (KANG Sung-ryool)