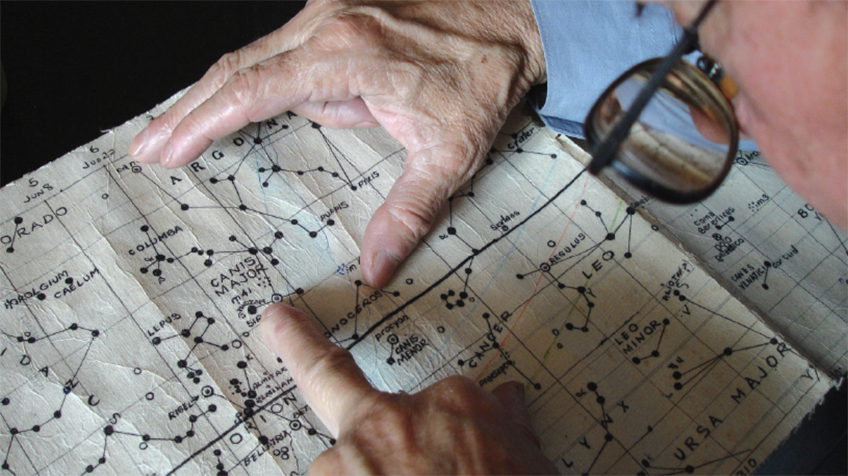 Nostalgia for the Light

The man who directed the legendary documentary film The Battle for Chile, which depicted the start of the Salvador Allende government, the hope of the people of Chile, and its despairing end in a military coup - all with a running time of 4 hours and 30 minutes - has returned. The camera of Patricio Guzman, previously full of rage and passion as a die-hard socialist in his early 30s, is now further imbued with experience, deep introspection and poetic aesthetics. The earlier rage is still present, yet mastery skill to dissolve faith on optimism delivering hope is also present. This film is a marvelous masterpiece that exudes the authority of selection for the Cannes Film Festival competition and European Film Academy Award. Many astronomers from all over the world explore the stars and the boundary of the Earth and the universe in Chile’s untamed Atacama desert, at an observatory located 3000 meters above the sea level. The presence of the scorching sun inspires the curiosity of archeologists about the presence of explorers, miners and well-preserved mummies. However, that is not all. Many bodies of political prisoners, arrested and disappeared by Pinochet, are scattered all over. The beautiful and brilliant universe is swallowed up in the maelstrom of modern Chilean history, and the film becomes the story of people who longed for revolution. Parents, children and lovers of survived ones tell the story of the stars and the universe, dreams and downfalls, the past and the future. The sad stories loftily unfold through images of reverent objects, masterly editing aesthetics interweaving the past and present, and lyrical voice-over narration. It is an amazing film that seems to enable one to feel the beauty of documentary with all five senses. (JEONG Minah)