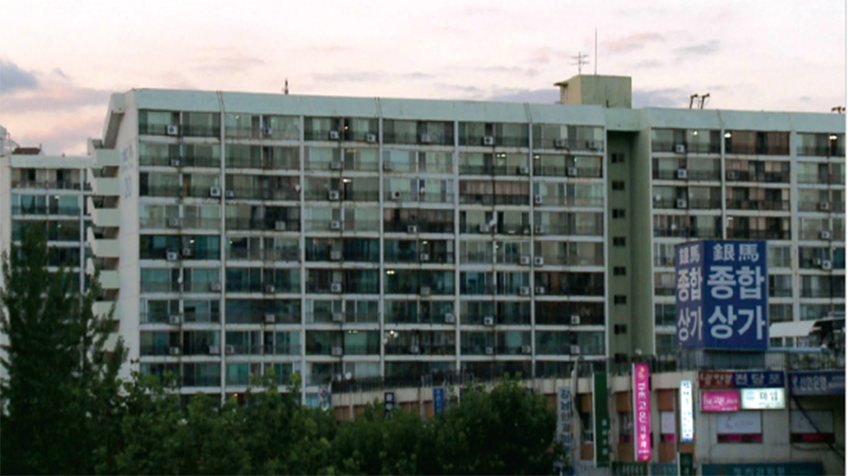 The director of My Father’s House does not understand her father, who lives in Eunma Apartment in Daechi-dong, an icon of pricey housing, and still refuses to move out while harassed with debts, believing that the house’s price will go up further. She has rarely talked about it with her father, who has such different political viewpoint and values from her, but she decides to start a conversation with him in front of a camera. My Father’s House provides a clue to understanding Gangnam, the privileged area southeast Seoul: ‘Gangnam conservatives’, ‘home of private education’, skyrocketing apartment prices, and redevelopment – all of these concept are interlinked. At the same time, the film is the director’s message to her father, who earned their living while working abroad, and her mother, who sacrificed her entire life for her children. The director, who wants to live in her own place, realizes that her father’s obsession with the apartment is not that different from her own desire. Although this film shows understanding and compassion toward the older generation, it does not avoid questioning their values and orders. Thirty years ago, the director’s father constructed buildings in the desert and bought a house in Gangnam. But maybe this house is a castle on the sand. Then how would the director buy her own place? Starting from the difference between her father and herself, the director finds common things and further differences. In this process, private relations and experiences are translated in a social context, and the director experiences dialectical maturity by recognising and constructing her own subjectivity. (PARK Hye-mi)