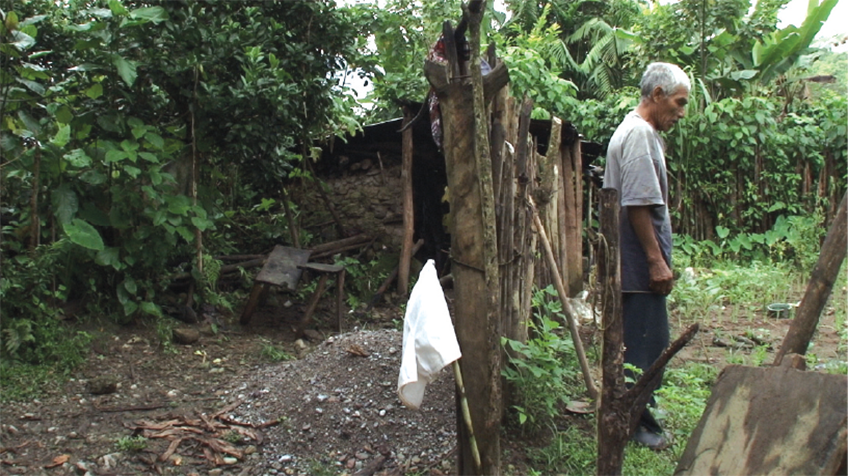 The Strange Sound of the Land Being Opened in a Furrow

A grandma and a grandpa walk into a small field. The children are apparently their granddaughters. The fence is loosely woven with twigs and the field is infested with weeds. The old couple talks about the government massacre in the 80’s while plowing and weeding. The solders entered the village and took potshots at the people. They had no choice but to run away to save themselves; all they could do was just pray. After many years, that government has disappeared but now corporations are polluting their lifeline – the river. Life is full of hard knocks but the only thing that keeps them going is this little piece of land. While the granny is talking, a young child barely 10 years old starts to plow. This one-take movie is a short essay on memory and hope. (KANG Seokpil)