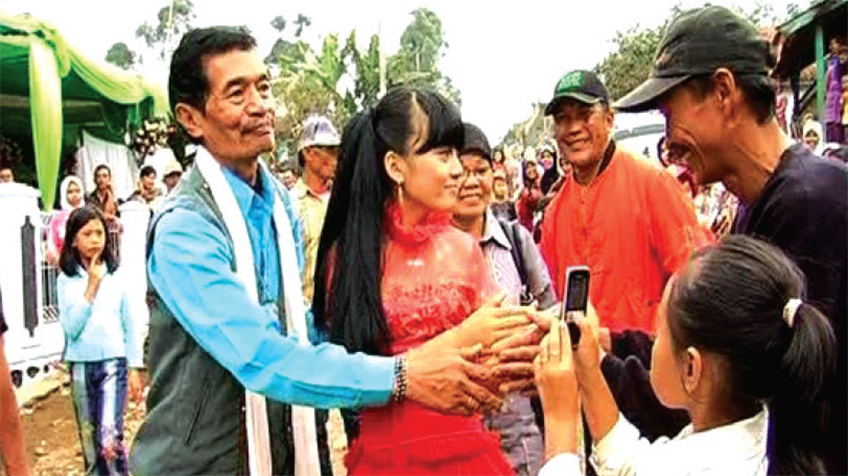 Ayu Riana who lives in a small city located in West Java, Indonesia had a major life-change when she won a Dangdut competition held by a national broadcasting station two years ago. Since then she became the breadwinner of the family by performing at various events. With her earnings, her sister acquired a motorbike and her family was able to build a new house. But to the 14-year-old Riana, who is still a child on the verge of adulthood, life is not that easy. Dangdut, as a pop music genre enjoyed by working class male in Malay culture, reminds us of Korean ‘trot music’ accompanied by daringly pornographic choreography. Because no one can be recognized as a Dangdut singer before the legal age of 16, Riana can only present a Dangdut-like act. However this doesn’t mean her appearances on stage leave out the sexual aspects of the performance. The explicit emphasis on Dangdut’s female sexuality reveals the contradictions of Indonesia as having the World’s largest Islamic population but being a relatively secular state. The camera carefully explores the reality and conditions Riana is placed in as it fixes its gaze on the male audience’s desire, expressed in the eyes that watch her perform. 5 Minutes to Fame Ah…ah…ah is one part of the 2010 omnibus documentary Working Girls produced by the Kalyanan Shira Foundation which has been the center of Indonesian women’s film production after the 1998 reformation. (PARK Sohyun)