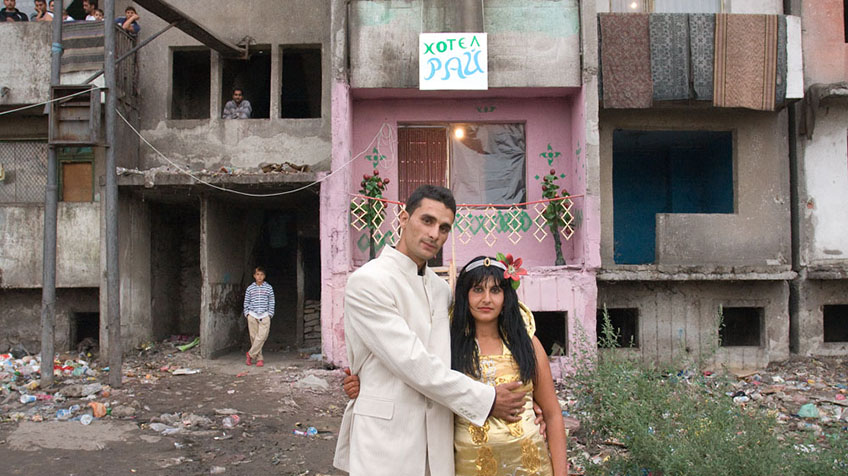 The politically correct word for the European minority group ‘Gypsies’ would be ‘Roma’. In 1978, the Bulgarian communist party set a grand objective to integrate Roma, who then lived in ghettos, into society and built a modern apartment block in the heart of the city of Yambol. It was called Block 20 and was a dream apartment block that reflected the socialist ideal. 25 years later, the building has become a stultified space with concrete scaffolds, but remains a home to 1,500 Roma. That is why they call the building ‘Paradise Hotel’. The social experiment may have failed, yet the life of these Roma goes on. Without the separation of kitchen, bathroom and living area, the block is one huge waste disposal site, but the kids are still playful. The place is still dynamic, full of life and humanity: a person who collects plastic waste, a person who collects okra to dry, a prostitute with a perversion for apparel, an albino young man who is believed to have the power to protect the place, and Demir who is about to get married. To greet a new member to the site, Demir’s wedding ceremony becomes a cheerful festival for the community members. The film warmly gazes at the people who are excluded from and live in the periphery of society. (KIM Young-woo)