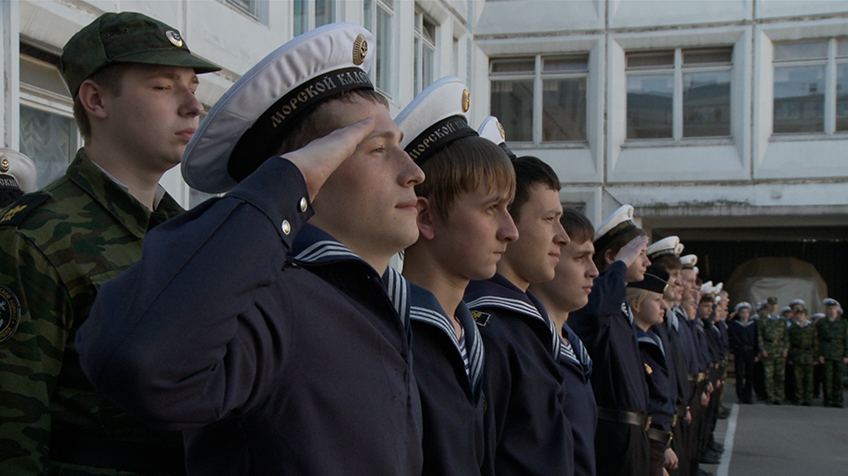 In 2006, Yevgeni, a member of the Russian Border Guards, was executed in Chechnya. The reason behind the decapitation of this 19-year-old man was religion. Yevgeni, a believer in the Russian Orthodox faith, was pressured to convert to Islam. But he held onto his faith until his death, against those radicals whose religious mission was carried out through war. After his death, through the effort of his mother, who refused to believe his son’s death was nothing but a personal tragedy, Yevgeni has come to be revered as a military hero and a religious martyr. His deeds became a textbook for Russian cadets, and his grave is visited by various groups, including biker gangs. How was it possible that an ordinary soldier like Yevgeni was reborn as the newest saint of the Russian Orthodox Church? After the fall of socialism in the old USSR, which regarded religion as the opium of the people, religion has inherited the ideological throne of Russia. The Orthodox Church has assumed a new role, which is to reaffirm the Russian nationality and to raise the flag of patriotism. This transition is based on the sense of emergency shared by the whole society that the Russian tradition is under serious threat from an invasion of Muslim fundamentalists. This may be why Russian society, in a desperate attempt to find a new hero for post-USSR era, canonized Yevgeni as their newest saint. (HUH Eun-kwang)