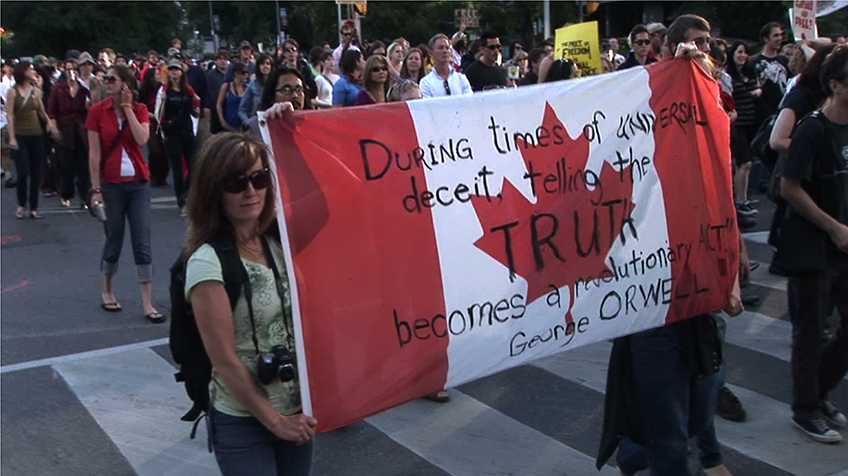 June 2010, Toronto, Canada. The G20 Summit is being held. At an international event watched by everyone across the globe, there are always rebellious people who want to make a disturbance. Before the Summit, the streets of Toronto are occupied by protesters and tension is growing. The problem is excessive use of force to put down the protest. The government of Toronto has tried to amend a related bill to grant full authority to the police and, according to the bill, police are exercising strong force. Police disguised as protesters, traps to induce violence, inspections, checks and heartless arrests lead to the worst infringement upon human rights and suppression. Déjà vu? Any person who stood in front of police blockades in Kwanghwamun intersection in 2008 will empathize with this film. As it reflects the advancement of technology, many media activists record and distribute clips of violence: protesters occupying the streets, polices trying to suppress them, and the consequent clashes. Those scenes feel familiar yet uncomfortable. The film maintains its cinematic tension despite its relatively long running time by arranging a series of raw images and interviews with those who were hurt by authorities. The fate of those who cannot adapt to the system is delivered vividly across borders and languages. (KIM Young-woo)