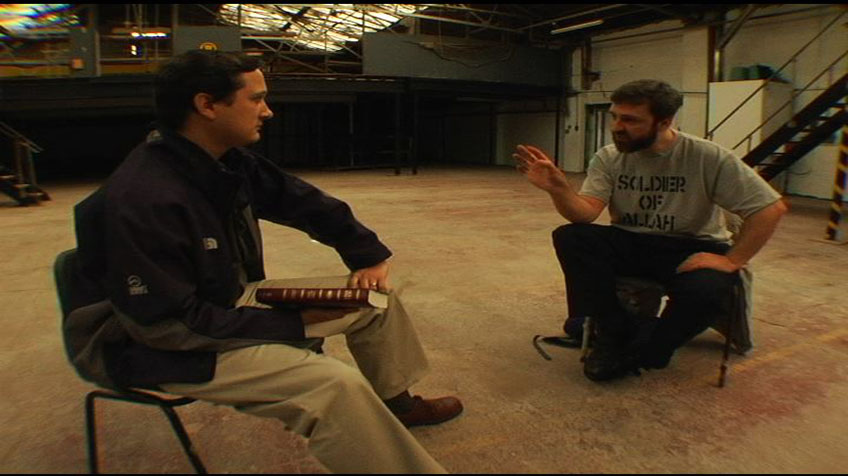 Due to clashes between Christian and Islamic groups and religious conflict and jealousy triggered by September 11, war zones all over the world are expanding with a frightening speed. What is the origin of this brutal, exclusivist conflict between the two religions? Aaron, who comes from a typical Christian family, sets out on a mission to convert all Muslims of the world to Christianity. Khalid comes from Ireland, and he has been a proponent of Jihad since his conversion during a trip to Saudi Arabia. In a timeline that begins with the Bush administration’s War on Terror and ends with Obama’s inauguration, the camera follows these two people across Pakistan, Lebanon, UK and USA. In the end, these two young men are invited to a religious debate, never backing away from defending their respective faiths without sympathy for the other’s religion. In a place set up by the producers, these two fundamentalists engage in a fierce discussion, arguing why one religion is superior to the other, and what problems the other's religion is riddled with. As this discussion goes on, what we witness is not a religious belief in peace and harmony, but an ominous proof that the conflict between the two religions may only accelerate. Religions have been turned into weapons wielded in political warfare, and politics itself has become a means of profit. Is it NeoLiberalism, with its focus on economy rather than people, that stands behind this trend in which religions are forced into war zones and two young men waste away their lives? (HUH Eun-kwang)