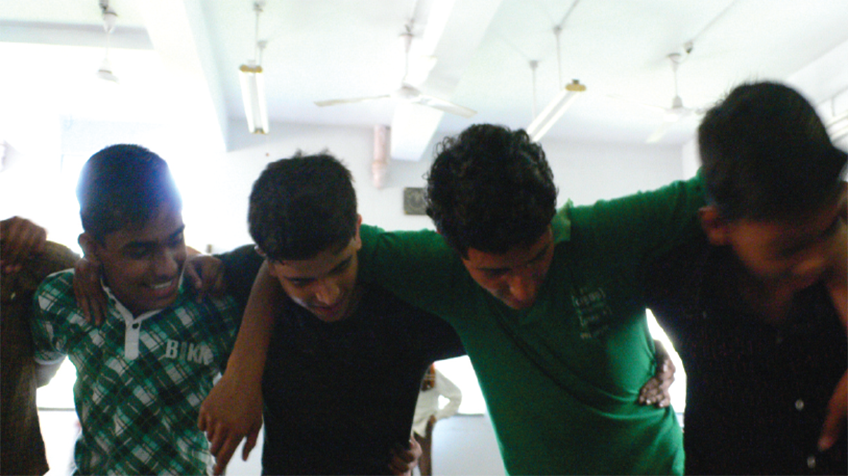 When the British left India in 1947 after long colonization, they divided the land into India and Pakistan according to religion, leaving Kashmir like an island with a Hindi ruling class and Muslim people. This led to three wars between India and Pakistan, both claiming domination over this region, and Kashmir is still the most dangerous powder keg in the world. For effective domination in the region, India sent millions of soldiers to rule with an iron fist, and Kashmiri people are fighting back. As a result, Indians think that Kashmir is the hotbed of terrorism, and Kashmir thinks that India is a merciless occupier. Regardless of how the seed of conflict was sowed, the distorted view of one against the other has become an ideological mechanism that creates endless disputes. Here, dozens of young Kashmiri stepped onto the soil of India for the first time. After their long journey, they meet with young Indians. They play games and talk to each other, understanding each other and thinking of a way to achieve peace. But can this short conversation and pleasant meeting bring something beyond the long-time conflict? The prospect is not that bright, but this simple attempt would surely be the first step to reconciliation. (KANG Seokpil)