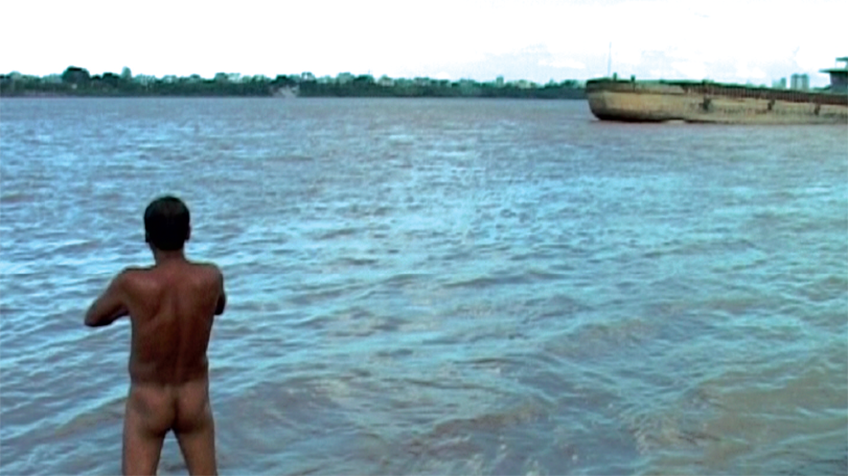 Hard Rails Across a Gentle River

The protagonist of this omnibus documentary is a railroad bridge in Long Bien, Hanoi, Vietnam. Around the bridge and the river it crosses, all kinds of life landscapes can be found. The four directors of Hanoi DOCLAB follow the day and night of the bridge and its guard, chat with men who bathe naked on the riverside, and come across a woman who asks them to send her message about her weary life in Hanoi to her parents in her hometown. These fragmented glimpses show us the stories that a digital camera can capture when it pays a surprising visit to ordinary people in Hanoi. Some people show hostility to the intrusive cameras, but others love that somebody would listen to them and talk about their private lives. This casual filming of real happenings brings up the image of cinéma vérité, a trend that emerged with the 1960s’ introduction of light cameras capable simultaneous recording. This “accidental ethnography” style is consistently employed in the works of Hanoi DOCLAB, which has been active in documentary production workshops and screenings since its inception in 2007. Unlike in the Western, individuals in Southeast Asia have shallow experience of producing films. Since the 2000s, independent documentaries coupled with the spread of digital media have engaged people in active experiments, mainly based on methods of collective production. This is why we pay attention to the works of Hanoi DOCLAB. (PARK Sohyun)