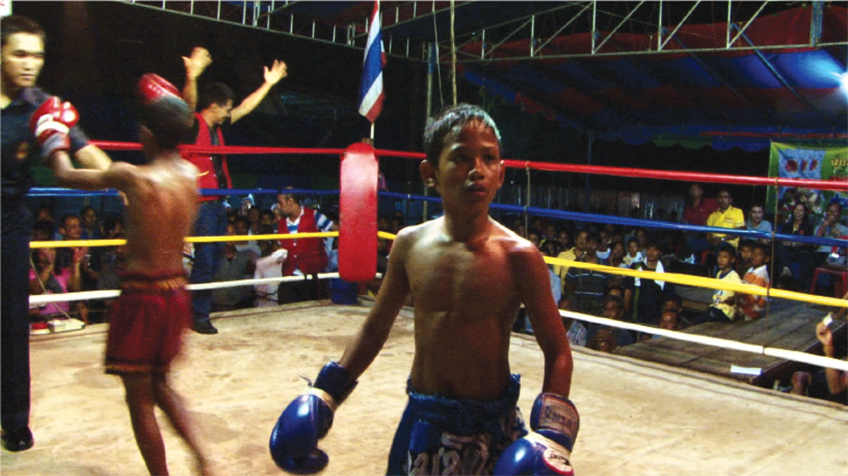 Kick-boxing is one of the most popular sports in Thailand. Children flock to its realm, where violence is a commodity to be sold. Their background varies, from those who escaped a world of hunger and poverty, to drug addicts and petty thieves. They give their bodies and souls to extreme training which even a grown man can barely handle, with only one thing in their minds: entering the brave new world of kick-boxing. For children in boxing camps, kick-boxing is the only way they can climb the social ladder, and the only pastime they enjoy among themselves. Sak, the owner of a boxing camp in southern Thailand, is at once a coach and a father to the children. Following Sak’s strict rules about behavior and training, the children train their bodies and, in the process, discover what this life-community means to them. The biggest benefit of this camp is simply the food and shelter provided. For these children, most of whom do not know the warmth of parents and the happiness of school life, the camp is their last resort. While critical voices ring through society, saying the training is too harsh for 10-year-olds, coach Sak pushes the kids into fierce training, dreaming of the day that his children could win the champion's belt at Lumpinee stadium. (HUH Eun-kwang)