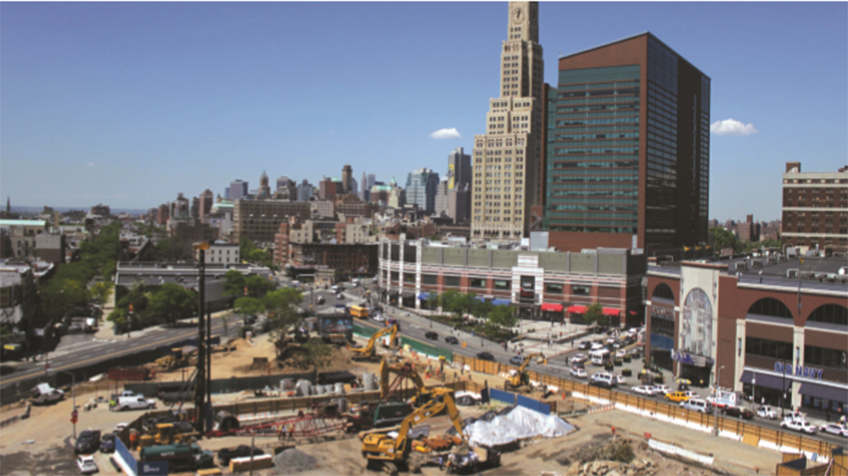 People always lose their ground in the landscape dominated by capitalism, and the mechanism of exploitation looks alike everywhere. An example can be found in a redevelopment project right in the middle of New York, announced in 2003 for one neighborhood in Brooklyn, a relatively underprivileged area of the city. Mayor Bloomberg and other people announcing the project promised a rosy future resulting from the development. The project would solve the housing problem, create jobs and invite great buildings that would fit the reputation of Brooklyn. And an arena for the New Jersey Nets, one of the best NBA teams, would be constructed in the center. This film follows the eightyear struggle of an ordinary citizen who is forced to give up his home. As a Korean who is so accustomed to the cycle of redevelopment plans followed by opposition and eventual enforcement, I thought this cycle would be different in the greatest city of the World’s richest country. But the result is contrary to my expectation, only a bitter déjà vu.

Proponents defeat opponents one after another, and the project operator pushes away opponents under the cover of the law. Less than one percent of the promised jobs are created, and the Metropolitan Transportation Authority, which put up 80 percent of the construction site price owing to the financial difficulties of the private developer, raises fares or cuts back services to cover its deficits. Aren’t these all too familiar? Too often we forget that, in a capitalist society, the priority of development is always the profits of capital. (KANG Seokpil)​