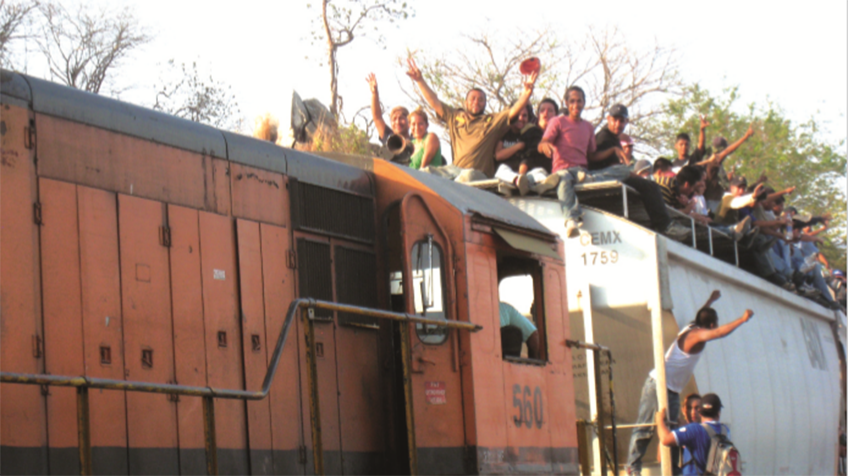 Gael Garcia Bernal, an established actor, features as director and interviewer for this short documentary film about Mexicans who risk great danger to cross the border into the United States. They try to get into that country because life in their homeland is not easy. But neither is crossing the border. Many of them get captured by gang members, to be killed or raped. This film is filled with scenes that testify to their ordeal, the depth of which is unfathomable. To repeat what has been said probably a thousand times, in this neo-liberal world the state is not interested in its individual people. As one of the characters in the film cries out, the Mexican government does not care what happens to Mexican refugees. This ‘survival of the fittest’ order of the world begets an endless vicious cycle of crimes and tragedies. It is clear what this Amnesty-produced film is intended for. The casting of Bernal as the director and interviewer was obviously an effort to raise the international community’s awareness of the issue, but it does not help us overcome the helplessness we feel at the end of the film. The hopelessness of this world, where no one can come up with a way to root out the problem while people constantly get killed trying to cross the border, can not be sugarcoated with optimism, however hard one may try. Those at the bottom of the pyramid, including the refugees in the film, are, and will be, the invisible of this world. (KIM Young-jin)