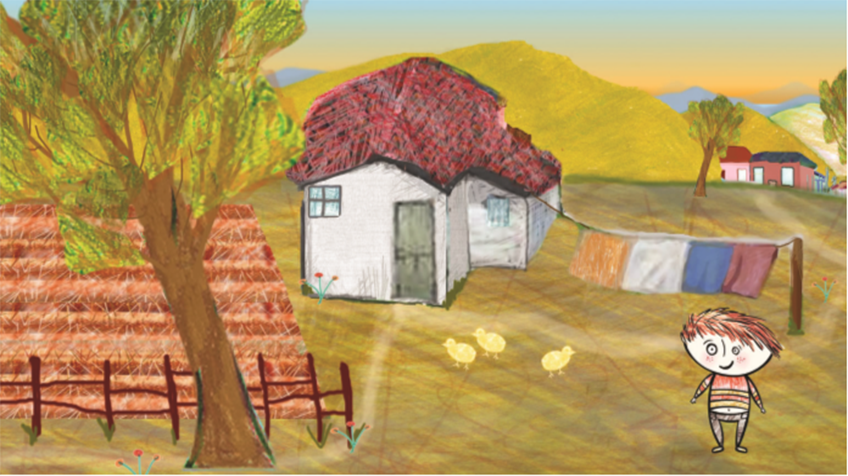 The Columbian Civil War was set off by uneven wealth distribution and ideological differences in the 60’s, and has been going on for 40 years since then. The war has victimized not only over one million refugees, but the whole Columbian population with nationwide tension and fear. Little Voices is an animated documentary film using water colors and crayons, which portrays interviews with children affected by the civil war. Although the viewer may wonder why the director chose such a medium for this tragic reality, the film takes us into the lives of children living happily with their family. But soon tragedy follows. Fathers are dragged into war zones, and their children volunteer as soldiers, attracted by false promises for good money, and lose their hands and feet during battles. The animation uses drawings of the children themselves, and as their voices are heard over the drawings, we experience the fear of war. All words except the children’s are meaningless murmurings, which allows us to clearly understand the situation those children were put into. For those children, the war will be remembered not as an ideology or a cause, but as engraved images of the terror they experienced. And the latter are far more frightening than the former. (KIM Jin-sook)