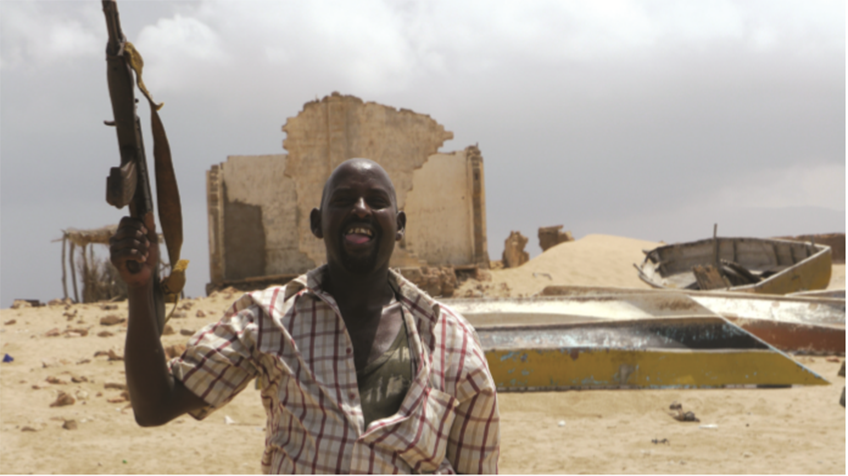 A handsome Somali-Canadian young man, Mohamed, heads to Somalia, a land of dispute and famine, and now known as an infamous land of pirates. At the risk of his life, he becomes a member of the pirates, with a camera hidden on his body. Somali pirates, who accumulate enormous wealth by capturing foreign ships and demanding ransoms, all have their own stories. People of Somalia, a newly independent nation in northeastern Africa, often find their lives at sea. However, due to the long civil war the country had experienced, Somalia’s systemic crisis gave Asian and European fishing vessels an opportunity for indiscriminate poaching of Somalia’s ocean resources. Also, some foreign companies, under the protection of Somalia’s corrupt leaders, illegally dumped nuclear waste on Somalia’s shores while securing fortunes for the leaders. Enraged fishermen tried to organize a force to retaliate, but their fight for justice and survival is turned into piracy filled with violence and money. While people of Somalia are made sick by the waste and contamination, pirates and political leaders enjoy affluent lives. It is immoral and shameless people from wealthy countries who took advantage of the disorder and poverty of a nation. Scenes of crime, guns, violence and fighting deliver tension and a sense of realism. Using archival material to relate the history of Somalia, the film considers historically why the pirates became such monsters. Like many North American documentaries filmed by young directors, this film is full of brilliance and suggestive energy. (JEONG Minah)