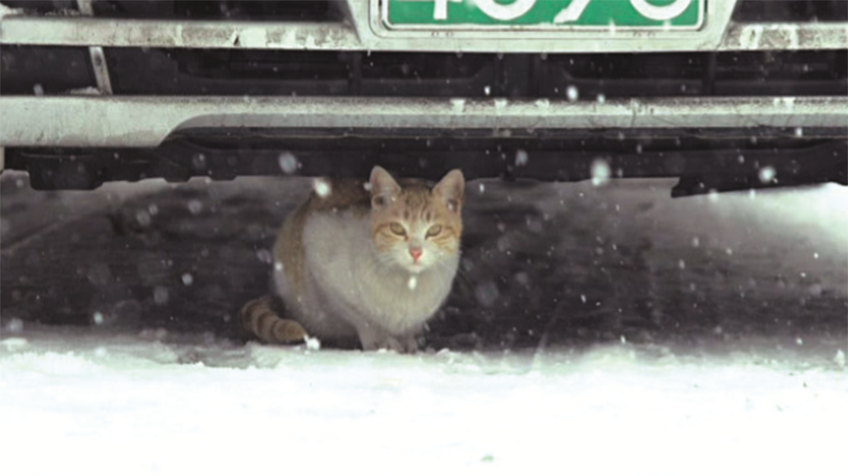 This film opens with a quote from Mahatma Gandhi, which reads like a Declaration of Animal Rights: “The greatness of a nation and its moral progress can be judged by the way its animals are treated.” But the actual film strikes a different chord than its opening, for it brings us the intimate confessions of those who have come to love cats, especially street cats. And these lovers are two middle-aged men, who seem to have nothing to do with these cuddly, fuzzy creatures. This is how the story begins: Lee Yong-han is a ‘poet of the street’. After developing a new interest in street cats in his town, he names each cats, giving them food. He collates his experiences, pictures and writings into a book called Bye Kitty, and Thank You. Yun Ki-hyung is a film director, and after reading Lee’s book he starts to observe cats around his house, recording them with a camcorder. Dancing Cat puts Lee’s pictures and narration side-by-side with Yun’s recordings. Together they form a dramatic story of these little feline masters that are born, love and pass away on the street. The film describe the excitement of a first encounter, the frustration when they don’t accept us, the joy of the first moment they show their bellies, and also the deep worries about the reality those cats have to face. This film shows us the street cats who co-exist with humans but can’t live happily with them, and the humans who love those cats. Dancing Cat does not cry out for co-existence, but instead extends little hands of comfort to both sides, and asks for understanding from those who do not tolerate co-existence. (UH Hyejin)