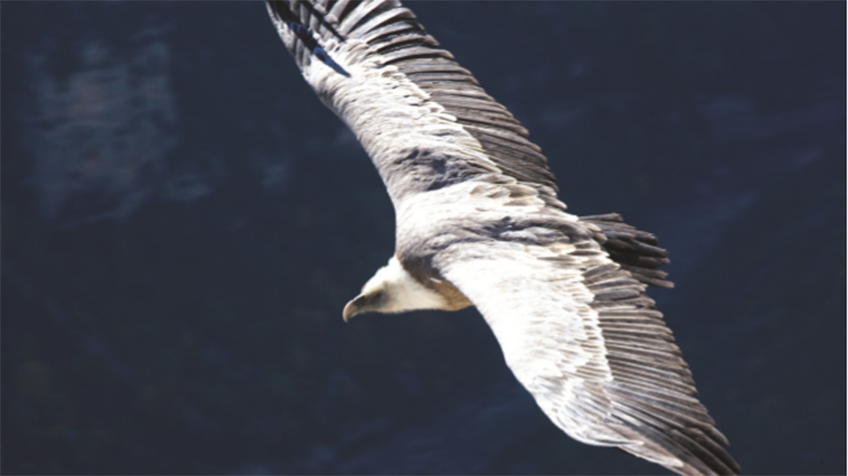 This is a wildlife documentary, but it is like no ordinary documentary we are used to seeing. It often contains selfshot scenes of a documentary maker who goes to an enormous amount of effort to capture the life of wildlife. Thus, the film becomes not only an informative documentary that shows the characteristics of wildlife but also the selfconfession of a man who perseveres for several years to achieve an objective. Documentary film director JeanMichel Bertrand camped out in the Alps to capture the life of wild eagles, becoming assimilated with nature as he recites a saying “Time is a friend.” Colorful pictures and black and white shots of dust and snow show the flow of time. The film delicately captures the movement of wind and the sound of babbling water; the entire grandeur and tension of nature is communicated through the sound and images of the film. We the audience experience the director’s perseverance right at the place where he camped inside the mountains, waiting for the wingbeat of an eagle. Through the cautious and tense routines of the director, we can take this noble and lofty moment as a gift. He prudently selected the object to follow and live with. The images captured by his camera are a token of trust that a human and an animal shared. The film is a fresh panorama with spectacular scenery, and it is a drama of intense moments where the survival of wildlife is observed. It is a wonderful experience, both pleasant to your eyes and heart full with sympathy. (JEONG Minah)