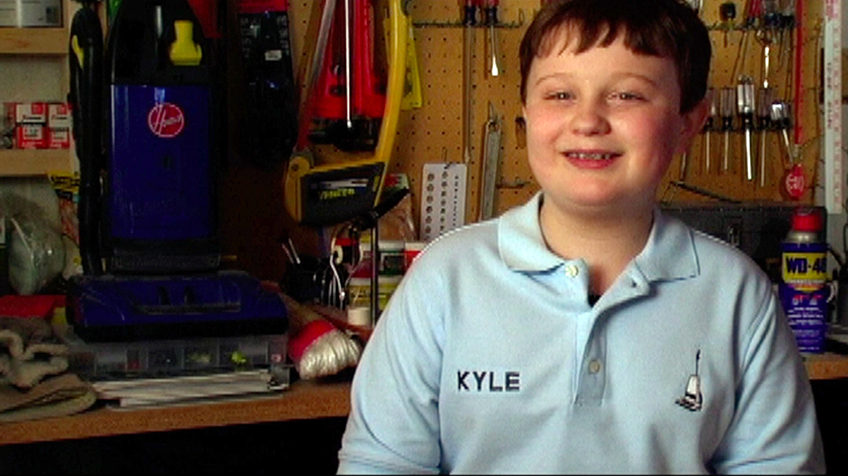 Imagine being 12-year-old and the owner of more than 160 vacuum cleaners. Imagine that your hobby and passion brought you into a world of entertainment, celebrities and game shows. Imagine being Kyle Krichbaum. This tenminute documentary is about a 5th grade boy from Michigan who stands up for what he believes in - his love for the vacuum cleaner. What started out as an obsession that Kyle’s family was sure he would outgrow, has now made him into a source of pride and curiosity. But it’s not always easy being a town celebrity. Kyle understands something many people never do - when you love something, no matter how much heartache it might cost you, the love is worth the risk.