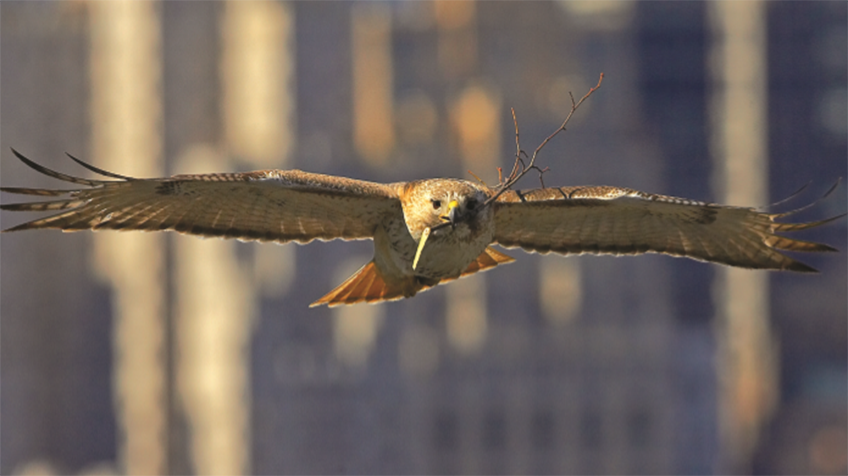 The Legend of Pale Male

“I ventured out to New York in pursuit of my dreams and encountered the red tail hawk, known to survive only in the wild. Was it because it resembled my own path of leaving the comforts of my hometown and settling in the unfamiliar city of New York that made me identify with it? Whatever the truth may be, it helped me decide to become a filmmaker and start observing and cheering for the red tail hawk’s life in New York.” Nicknamed ‘Pale Male’, this red tail hawk seemed to spiritually blend into this space surrounded by buildings rather than wildlife. As the film introduces the red tail hawk’s survival in the city, it also shows how it becomes a subject for New Yorkers to connect to each other. It was not just the survival of the hawk that made people unite when the hawk’s nesting ground was torn down. Likewise, during the 16 years of observing the red tail hawk, the director also bonded with others and became part of a community. In this foreign space called ‘New York’, the director discovered the red tail hawk, new friends, freedom and dreams, just as the red tail hawk found New York and became a special member of it. The dramatic narrative structure and warm humor of the film carefully suggest the possibility of nature and humans co-existing side by side while also reminding us of the fundamental truth that nature and humans are not separate, and to conserve nature is to conserve humans. (LEE Seung-min)