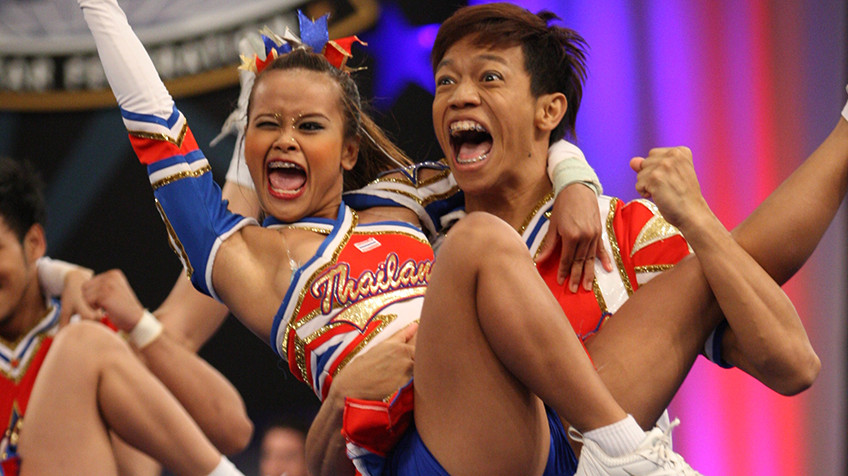 Cheerleading is the world’s fastest growing sport with over 4,000,000 registered athletes in over 100 countries. The Cheer Ambassadors chronicles the Thai National Cheerleading Team’s inspiring story of a coach and his team as they travel from the city streets and rice ﬁelds in Thailand to the World Championship in Orlando, Florida. The Cheer Ambassadors is a feature-length documentary about an incredible team of athletes in Thailand and their journey: from one man’s dream to the day when they competed in the world cheerleading championships and caused 10,000 spectators to jump up and down screaming “Thailand! Thailand! Thailand!” The ﬁlm focuses on the coach and key team members; it describes their relationships, their drive, and their sacriﬁces. It follows them on their journey from late night training based on watching YouTube performances of American teams, to competing against some of those same teams on the world stage. Overcoming social and cultural obstacles, they win silver medals at the 2009 and 2011 ICU World Cheerleading Championships in Orlando, Florida. This ﬁlm provides a unique perspective on the power of a dream and what it takes for a team to be champions. The Cheer Ambassadors is a universal story of passion, persistence and inspiration