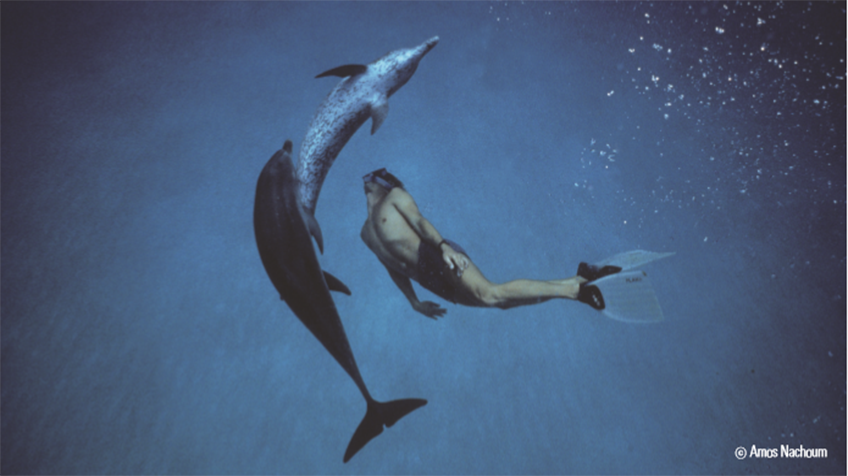 Is it possible to completely erase one’s trauma? Dolphin Boy tells us a moving story of a four-year journey in which a boy’s trauma, caused by a brutal beating triggered by a minor misunderstanding, is cured. Morad lives in a state of ‘ego separation’, in complete silence and without any connection to the outside world. His father will do anything he can to help his son live a normal life again. In desperation, the father turns to the last resort: ‘dolphin therapy’ at Israel’s Dolphin Reef. Dolphins decide whom they want to befriend themselves, and Morad develops a psychological bond with a dolphin, opening his mind to the world little by little. But his trauma comes from an extreme violence he couldn’t do anything about, and it does not go away easily. Morad is happy when he is living with the dolphin in the sea, but once he goes back into the human society he tries to erase his memories of the past. Gradually he builds the courage to face his terrible past, with the love of his persistent parents and the warm care of the staff of Dolphin Reef. Although the monstrous shadow from the past will always haunt him, now Morad has learned to trust others, communicate with them and depend on them once again. He now has the strength to move on. Morad says “I feel a sea of tears inside me”, and as those tears roll down his cheeks on his last day at the reef, they are just so many miracles made by nature and love. (KIM Jin-sook)