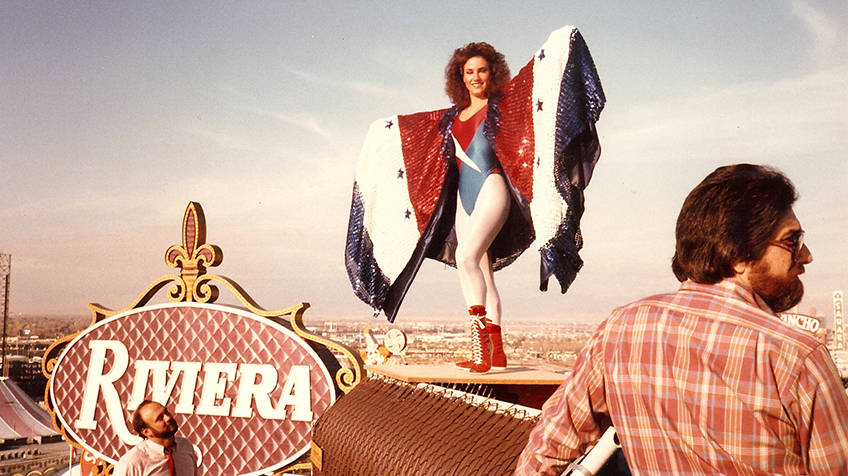 GLOW: The Story of the Gorgeous Ladies of Wrestling

The year is 1986. ‘Gorgeous Ladies of Wrestling (GLOW)’ is about to burst onto the scene as the ﬁrst ever all-female wrestling show on television. GLOW was a prime-time wrestling series, complete with elaborate characters, costumes, skits, personalized raps, and, of course, wrestling. Week after week, women like ‘Mountain Fiji’, the Samoan giant with a heart of gold, and ‘Matilda the Hun’, the evil German with a taste for raw meat, battled it out for the GLOW crown. By 1989, the GLOW girls were an international phenomenon, attracting over seven million viewers worldwide, touring the nation, and making big bank for the show’s producers. One year later, GLOW was gone. The ﬁlm chronicles the rise and fall of this once successful television show through the stories of those who lived it. The GLOW girls recall their time on the show with a mixture of heartfelt nostalgia and tearful regret over injuries and the loss of friends. For some, the show was a brief foray into acting and a short-lived adventure on the way to a normal life. For others, that time in GLOW would impact and inﬂuence their lives for years to follow. For all of the women, working on GLOW was a unique and exciting experience that will bond them forever.