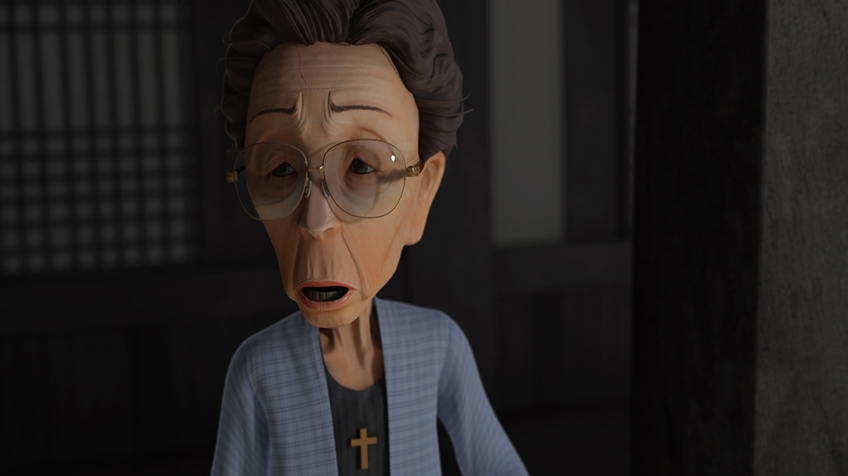 This animation contains the last recorded testament of the late Jeong Seo-woon (19 24 ~20 0 4) who was dragged of f to Jakar ta and forced to live the life of a comfor t woman in the height of the Japanese Occupation. W hen her father was locked up by the Japanese army, 15 -year-old Jeong Seo-woon decided to go to a factor y in Japan, trusting that her father would be set free as promised. Instead, however, she was sent to a Japanese militar y base in Jakar ta. T here, 13 girls around her age were forced to become sex slaves and forcibly injected with opium which they later become addicted to. She watched her friends die and she herself at tempted suicide, only to wake up 3 days later. In the end, she returned home which is now in shambles and spent nights cr ying in order to quit her opium addiction. W hen the dr y, ﬁrm, yet deeply sad voice of Jeong Seo-woon who is at the brink of death talks over the past and the cruel realit y that a young girl had to endure, her voice goes beyond the brutal images and empathy of the ﬁlm to become living histor y that proudly sur vived. The vow that had kept her alive during her trials and the last thing she says in the ﬁlm is “I’ll hold on to my life. T hey may take my body but they are not taking my mind.” This statement, which she must have ut tered to herself innumerous times, still hovers around the unresolved sad histor y of women like a ghost af ter she has already passed on. (NA M Da-eun)