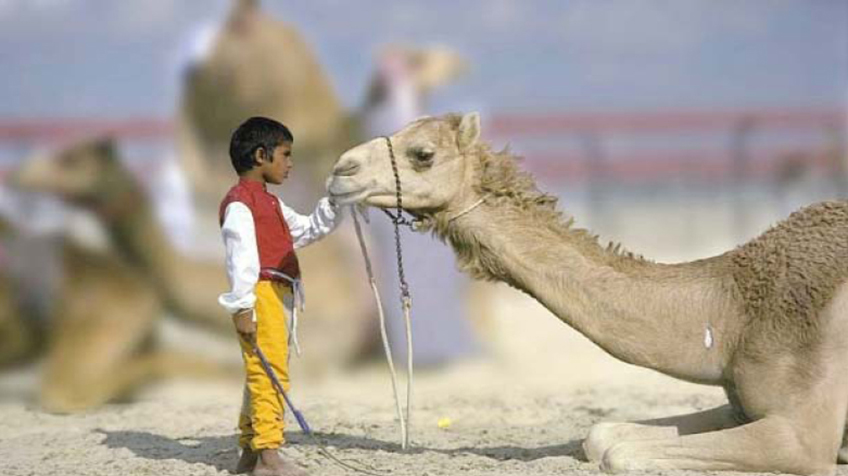 Thousands of children, some as young as two, were trafﬁcked to work as camel jockeys in the Middle East. At the training schools, they were starved, injected with hormones and physically abused. Many died. Even more never returned. Even though the use of children as camel jockeys has now been banned, many suspect the practice is still continuing. We hear the stories of the children whose lives have been marred forever by their experiences. The story spans many countries - Bangladesh, Pakistan, Sudan, Mauritania, and of course the UAE - tracing the paths that led so many young boys to train as camel jockeys in subhuman conditions. In developing countries, many struggling parents willingly give over their children to the camel races, believing a better life awaits them. Children as young as three were deftly talked into the long trek, replete with name changes and faked passports, to the dazzling and dangerous world of racing. Featuring some surprisingly candid interviews with everyone from camel owners and trafﬁckers to government representatives, veteran director Vic Sarin carefully untangles the many factions tied up in the business of racing camels, and the hidden suffering of those trafﬁcked into camel jockeying. The boys themselves provide the most poignant insights, old beyond their years and bolstered by the bravery that has kept them alive.