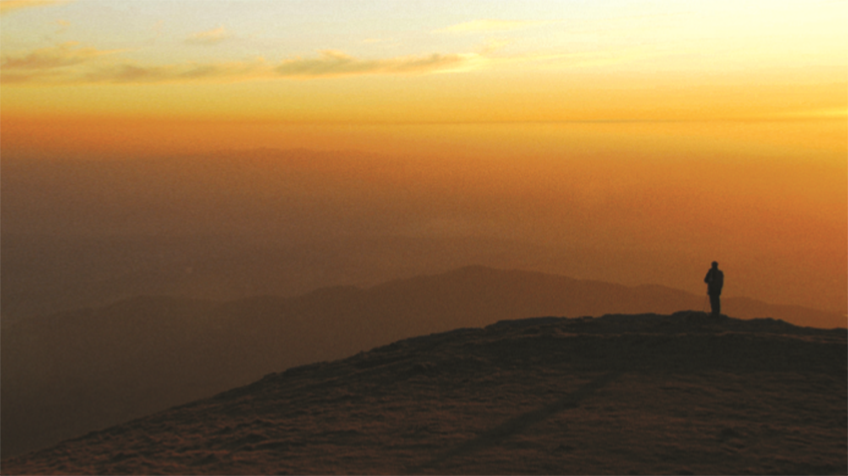 In the Garden of Sounds

In the Garden of Sounds is, literally, a documentary full of sounds: instruments like pianos, accordions, and gongs, the singing of birds, insects chirping, whistling, water babbling, and more. Wolfgang Fasser is the gardener who invites the audience into the “Garden of Sounds.” He is a musician, sound researcher, and musical therapist from Switzerland. Due to a genetic problem, he lost his vision in his 20s, but Fasser does not feel regret in his everyday life of playing instruments, walking the forest, recording sounds and cooking for himself. “I don’t feel that I can’t see anything, as I am able to hear,” Fasser says. In the Garden of Sounds documents his world of auditory sense and lovingly records the efforts of the disabled children whom Fasser teaches to communicate with the world through sounds. To children with physical and mental disabilities like autism, lalopathy, or who, like Fasser, cannot see, sound is an important medium of communication with the world. These children discover sounds that are similar to their own non-verbal vocalization from Fasser’s large collection of sounds from nature. In doing so, they feel a sense of belonging to the world, recognize the meaning of sound by experiencing different reverberations, and finally learn to understand the meaning of language. Despite numerous frustrations and failures, Fasser’s ensemble helps the children open their minds and find ways to communicate. In the process, they move hearts, break the prejudice about disabilities and remind audiences of the value and beauty of all five senses, an appreciation that is easy to overlook for those of us who live in a world of visual images. (HWANG Hei-rim)