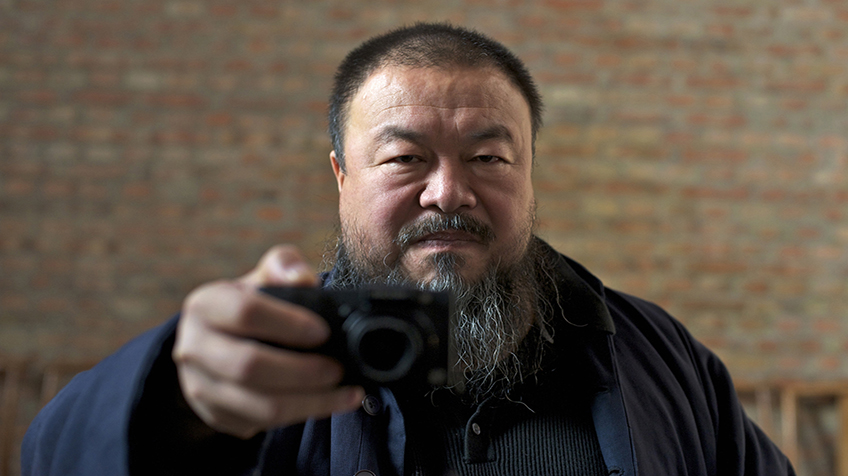 Ai Weiwei is at once China’s most celebrated contemporary artist and its most vocal domestic critic. Born into China’s revolutionary intelligentsia, Ai’s biography often parallels the course of modern Chinese history. The ﬁlm begins in December 2008 when Ai initiates his Sichuan investigation into collapsed schools and the deaths of more than 5,000 school children following the May 2008 earthquake under increasing government scrutiny. Throughout, Ai is trailed and monitored by plainclothes ofﬁcers. Concurrently, Ai’s artistic career on a meteoric rise, and he gets a prestigious commission to ﬁll the Turbine Hall at London’s Tate Modern with a new work. Ai is also on a personal journey, and the ﬁlm captures never-before recorded interviews with his mother and brother, discussing (the legacy of Ai’s father, Ai Qing, China’s foremost modern poet, and) Ai’s youth spent in China’s remote Xinjiang province as punishment for his father’s alleged political transgressions. He is a charismatic ﬁgure who in his personal dynamism embodies the multitude of experiences and realities in China, a sign of how China has changed and how there is more change to come. The ﬁlm is not just about Weiwei, or China. The most powerful impact this ﬁlm can have is inspiring a new crop of outspoken artists, activists and citizens, with a strong vision for improving the future in their respective societies.