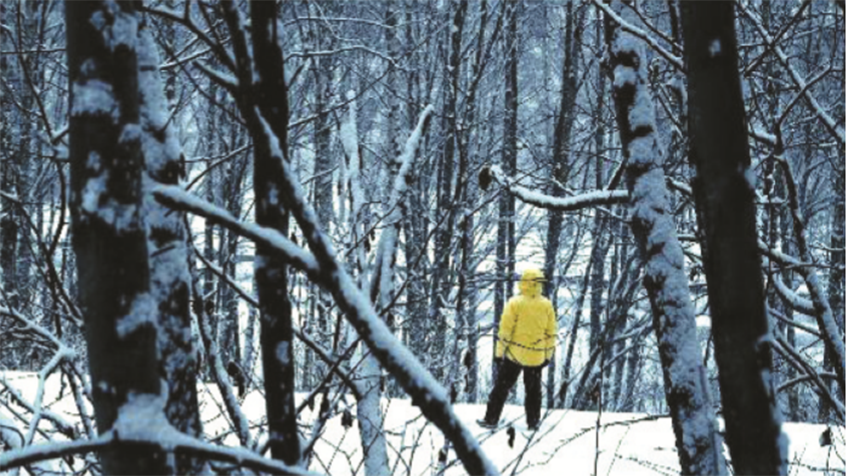 A quiet hum loams across the snow-covered desolate land. It sometimes sounds like a wail that could be a spiritual for lost or exiled souls. And then the camera sails across a lake that might be icier than ice ends up on a ship making a dull noise. Soon after, a black engine mechanic – seemingly right out of a black-and-white film – stares into the camera. He might have handled the enormous motor vessel himself. It probably left the black continent for frozen Troy centuries ago. However, the continuously-appearing stares and walks on the monotonous screen might belong to Ulysses looking for Ithaca or Telemachus looking for his father Ulysses. The predecessor’s unforgettableness and the descendant’s yearning are all intentionally mixed. This stems from the indomitable will of the descendant who wants to make the ancestral root his own. However, as the inserts of snowstorms and raging seas throughout the movie imply the ordeals of shipwrecked ancestors, the return trip will be just as tough, without a doubt. Therefore, the vivid colors on the jackets of the men walking on the monotonous land strongly manifest that they will be forever aliens in this strange place and so they survive alone on this frozen land. (KANG Seokpil)