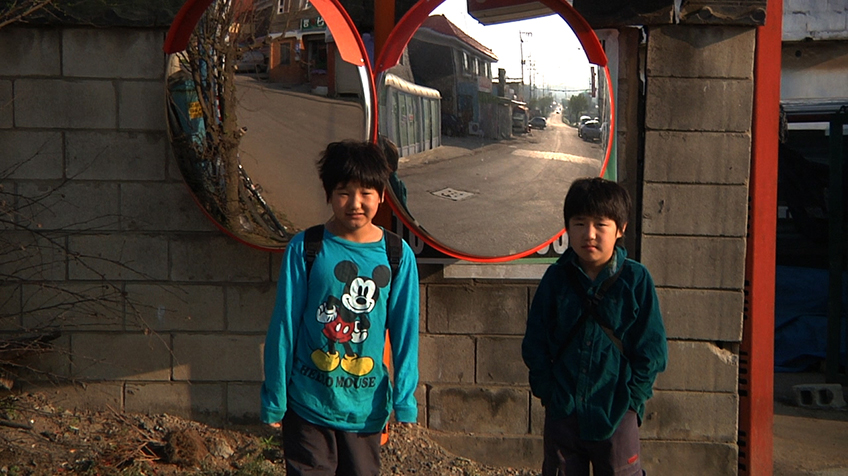 The Way to school

These kids have migrated from Mongolia with their parents. They are unregistered and live day to day in a rundown house in the outskir ts of town but no one wants to return to ‘hungr y’ Mongolia. W hile the father, mother, and daughter wander around doing hard labor here and there, the younger kids speak poor Korean as they at tend school and play in the dangerous streets at night. The ﬁlm goes into the family and just watches them without any kind of inter vention. In the process, it seems as if the camera is holding a conversation with the inner moments of the family members that they want to hide even from each other: the husband speaking in clumsy Korean as he looks at the camera, drunk, af ter his wife has been depor ted, the silent expressions of the children who wake up without their parents around, the narration of children talking about their hopes coming from of f screen, the bleak landscape of the outskir ts of town, and the backs of the children walking along on a winter night holding their drunk father’s hands. T he impoverished lives of migrant workers are going on in a par t of this cold, capitalist societ y but it’s like we are seeing a lyric poem (but not meaning beautif ying realit y) of the precarious yet live realit y of a poor family. (N A M Da-eun)