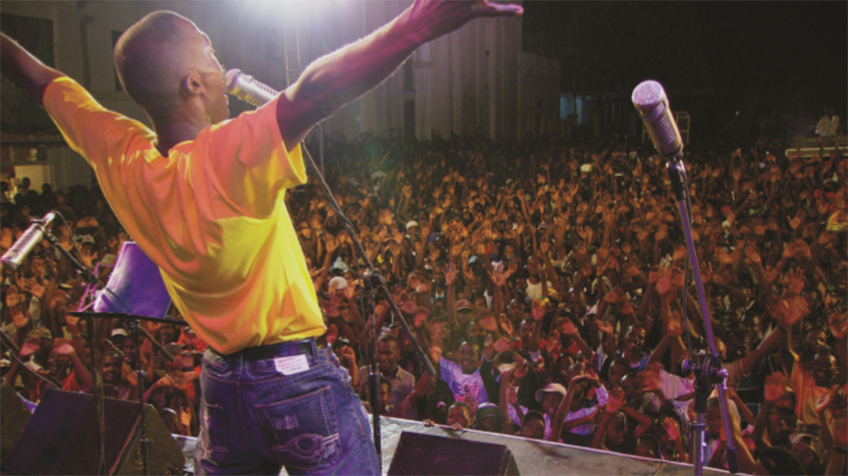 When the Drum Is Beating

“When Septen plays I’m rich, when they stop I’m poor,” one fan of Septentrional explains exuberantly at a one of the band’s performances in Haiti. While listening to Septentrional, the country’s most popular band, Haitians forget poverty, pain, and sorrow; the band’s music becomes comfort and paradise. When the Drum Is Beating is a feature documentary film about the story of the band that has been with Haitians for half a century. Playing a fusion of Cuban big band and Haitian Voodoo beats, Septentrional is 20-piece big band led by 80-year-old “Maestro” Ulrich Pierre Louis; the band has both young and seasoned members, including musical director Nikol Levy. By tracing the history and change of the band, which was formed in 1948, the film portrays the history of Haiti in a new way. Through a prism of music, the account examines the emotions of people who lived Haiti’s history, and celebrates the energy of tradition and culture that supported those people. According to Levy, “Music in Haiti is more than just culture. It is a way of living. It’s like a weapon, too, you know. Against the adversity.” Voodoo music supported Haitians’ resistance against Western imperialism and slavery; centuries later, Septentrional’s music similarly supported Haitians through times of political hardship, such as tyranny, dictatorship, and military coups. When portrayed through various data like drawings, pictures, and archival images, Haiti’s history can seem pitifully tragic, but the portraits of Septentrional and Haitians who are singing, living, and overcoming one of history’s worst earthquakes deliver a heartbeat of life stronger than despair and show Haitians finding hope in a dynamic present. (HWANG Hei-rim)